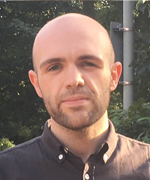 In a previous post on this blog, I introduced the growing influence of “design thinking” in the administrative justice system (the post is available here). In that post, I made the case that public lawyers ought to pay attention to this trend as design thinking approaches are being used by Her Majesty’s Courts and Tribunal Service (HMCTS) to develop online tribunals processes, as well as other parts of the justice system (for context on the introduction of online tribunals in the UK, see this report) Having already introduced what design thinking is and how it is relevant to public lawyers in that previous post, this post now seeks to push the analysis forward, asking: what are public lawyers to make of this new approach to reforming the administrative justice system? Can design thinking be consigned to the intellectual dustbin of bureaucratic mumbo-jumbo or should it be embraced and promoted?

Sossin—a leading scholar of Canadian administrative law and writing in the context of the Canadian administrative justice system—argues that “design frameworks will transform how we think about administrative justice.” His claim is that design thinking, and in particular user-centered design, has been “too often … missing in the design of administrative tribunals.” Instead, what has taken precedence is a “top-down” policymaking process that serves the interests of a ruling government. The result, Sossin claims, is that the “administrative justice system in Canada at all levels of Government (federal, provincial, municipal, Indigenous) is generally fragmented, poorly coordinated, under-resourced in relation to the needs of its users and has multiple barriers of entry.”  Where the notion of “design” has been more deeply considered in administrative justice, Sossin claims this has been done principally in a “legal” sense—raising questions relating to, e.g., the clarity of statutory mandates, protections of tribunal independence, and the procedures and rules by which a tribunal will function. By contrast, with a design thinking approach, “operational” issues such as staffing and resources are integrated with conventional “legal” questions of statutory authority etc.—it being “neither possible nor desirable” to separate them out. Sossin’s ultimate claim is that the application of design thinking, with its “bottom-up” philosophy, will lead to better administrative justice systems.

In my previous post, I suggested that Sossin’s argument offers good reasons for why design thinking has the potential to be a positive development for administrative justice. Indeed, the adoption of a design thinking ethos may also generate some positive consequences which Sossin does not address, e.g. it can lower the risk of large-scale system failures through the use of iterative processes for system-building and it can promote the use of research and evidence in the design of justice systems. There are, however, also some limitations which I do not think Sossin—along with many other advocates of the approach—take into account. Here, I want to flag three important ways in which the benefits of design thinking are vulnerable to being distorted by certain institutional conditions within government. These are problems that, if Sossin is to be correct in his argument for the potential of design thinking to improve the condition of administrative justice, must be navigated.

Second, there is the issue of how government departments work together in practice. Freedland observed that the idea that government is a single entity is “a legal fiction, rather than a real state of affairs,” and that “understandings of this kind obscure a reality in which executive government is conducted on a departmentalised basis.” The implication of governing being conducted in departmental silos is that in administrative justice systems—where different stages of decision-making and appeals processes are often handled by different departments—there can be a lack of “joined-up” thinking on administrative justice. The call for more “joined-up” thinking in administrative justice is a very old one but, nonetheless, the absence of such an approach could undermine the effectiveness of design thinking approaches as, though some departments may adopt and adhere to design thinking, others may not. There is diminished value in a user-friendly tribunal, for instance, if the previous decision-making and internal review processes are anything but user-friendly.

The third problem relates to the iterative method used as part of a design thinking approach. A key tenet of design thinking is to work on small “components” of a system, test “prototypes” of the component, then combine well-tested components to make an overall effective process. This iterative method means that when research is conducted within government, it is usually conducted on a specific “component” (i.e. an appeal form or notification system) of a process and it is conducted fairly rapidly by different teams. This creates two problems: the focus on “components” means there remains a clear need for changes to be assessed within the wider systems in which they exist; and iterative working makes it difficult for external stakeholders and researchers to keep up to speed with and engage with the reform process.

We can, I would argue, see the force of the institutional difficulties identified above in how the design thinking approach is being used to introduce online processes in the Social Security Tribunal. HMCTS, under the supervision of the Government Digital Service (GDS), have adopted this “agile” approach for their digital reform project (agile is, in effect, another term for “design thinking”). HMCTS’ specific model, in their own terms, has the following four stages:

This approach has also been adopted alongside the government “Digital Service Standard,” which GDS state that “all public facing transactional services must meet.” This Standard includes requirements to “understand user needs,” “do ongoing user research,” “use agile methods,” and “iterate and improve frequently.” Alongside these processes and principles, there is a wide range of design thinking methods—such as journey and stakeholder mapping—that HMCTS are using. This approach has synchronized easily with increasing emphasis placed on the ‘user perspective’ in UK administrative justice policy in recent years.

It is unclear exactly how this design process has been working in practice, as there is relatively little information made public (the Inside HMCTS blog remains the best source in this respect). There are, however, traces of the institutional difficulties identified above in the context of the Social Security Tribunal reforms. Though the Senior President of Tribunals has often reiterated that “austerity” ought to be understood as the “spur” and not the end of the current reforms, there remain concerns about how severe cuts in funding may ultimately affect the processes which emerge from the reform process. There are also traces of the departmental silos issue: the Department for Work and Pensions seems committed to a pre-tribunal mandatory reconsideration system which evidence suggests is not particularly user-friendly and is likely filtering out many valid claims. There have also been difficulties for external stakeholders in keeping pace with the developments in the Social Security Tribunal reform process, and the nature, extent, and results of internal research have not been fully disclosed. This is a broad summary, and there are, no doubt, some exceptions to these claims. Nonetheless, there appears to be a reasonable amount of institutional distortion occurring.

Conclusion and some suggestions

The key point that ought to be taken from the analysis in this blog is that, for the benefits of design thinking to be optimised in the administrative justice context, relevant institutional conditions within government must be considered and managed, if possible. Those conditions–when adverse–appear to be able to weaken, if not undermine drastically, the merits of the design thinking approach. With the introduction of online processes in the Social Security Tribunal, we are witnessing the development of an important case study on the use of this approach in the design of administrative justice systems. Long-term reflection on the ultimate results will be necessary. However, in the short term there are steps which could be taken to improve institutional conditions. Keeping away from the “more money is needed” argument (as it has been made enough elsewhere not to be repeated here), there are some steps which could be achieved at low cost. For instance, the benefits of the design thinking approach in this context would be increased if there were measures or initiatives to enable further and meaningful cross-departmental engagement during design processes. Benefits would also be harnessed better if there was a serious commitment made that research undertaken within government as part of a design process—wherever practicable and within the appropriate limits of data protection laws, ethics etc.—will be published, even if only in summary form. This simple step would enable greater transparency, allow external stakeholders to understand how online processes are being developed, and present external researchers with more of an opportunity to meaningfully engage with the reform process (something HMCTS has often said it encourages). If these recommendations appear unrealistic in practice, then Sossin’s argument about the transformative potential of design thinking in administrative justice may also have to be considered as such.

Dr Joe Tomlinson is a Lecturer in Public Law at the University of Sheffield and Research Director at the Public Law Project. I am grateful to Professor Lorne Sossin for hosting me as a Visiting Scholar as Osgoode Hall Law School, where I was able to develop my interest in these issues.