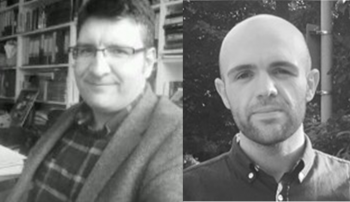 There have been concerns raised over the volume and cost of this caseload. Judicial review is a costly, lengthy, and complex legalistic process that requires senior judges. An overwhelming caseload can result in delays, both in the courts and in administration. Furthermore, the increase in the volume of immigration judicial review claims has coincided with an increased proportion of claims being certified by Upper Tribunal judges as Totally Without Merit – perhaps suggesting either that an increasing number of hopeless claims or that the high caseload is affecting judicial behaviour. There is also a possibility that delays in the processing of judicial review claims may operate as a pull-factor for migrants. This all brings about the prospect of tension between the executive and the judiciary, and perhaps even a clamp down on judicial review. In 2004, the then Labour Government failed in their attempt to abolish immigration judicial reviews through an ouster clause.

The picture does not appear to get any more optimistic if we look towards the future. The judicial review caseload is likely to increase significantly if the Home Office, as it intends, makes greater use of out of country appeals. Brexit also presents a very real possibility of challenges relating to, for instance, the three million EU citizens in the UK at present.

A Design Problem and a Knowledge Gap

Ensuring effective accountability of executive authorities in a modern, democratic state is ‘a design problem that can only be managed, not solved’. This ‘entails maintaining an appropriate balance among competing forms of accountability’ under the inevitable constraints that arise from the ‘demands of efficacy and by the brute facts of social, political and economic complexity’. The current trends in immigration judicial reviews undoubtedly present a very serious design problem for the UK administrative justice system. If there is to be a new solution to this growing system-management problem, the best solution will be one that is informed by rigorous empirical data.

In this respect, there is a serious gap in existing knowledge. In particular, there is a need for empirical evidence concerning: the types of immigration judicial reviews lodged and their outcomes; the drivers of such litigation as well as litigant motivation and behaviour; and alternative approaches to dispute resolution and system costs. The Ministry of Justice currently has, however, only a limited understanding of the types of challenges lodged and the motivation of litigants. The MoJ’s own Judicial Review database categorizes most immigration claims under two broad types – ‘Immigration Not Asylum’ and ‘Immigration Asylum Only’. In practice, these labels are used as generic categories for a wide range of cases (this coding system was carried over with the transfer to the Upper Tribunal). As such, the Ministry of Justice lacks the granular data required to understand the underlying trends in immigration judicial review, such as the reasons for the growth in the caseload.

The policy issue here is, at its core, about the choice of appropriate redress mechanism. Some immigration-related grievances will be suited to judicial review because they raise issues of legality. Other challenges could, perhaps, be better handled through an alternative complaint handling procedure because they concern administrative error rather than illegality. It is possible that immigration judicial reviews may often operate as the most expensive complaints process dressed up as judicial review.

There are competing perspectives on the problem presented by immigration judicial reviews. According to practitioners, delay and administrative problems by the Home Office frequently prompt claimants to seek judicial review. By contrast, the Home Office habitually views judicial review as a means by which claimants can tactically delay the enforcement of unwelcome negative decisions (but this overlooks the extent to which such claims may nevertheless raise legitimate grievances concerning Home Office maladministration). In light of the entrenched positions both within and outside government on this issue, robust and objective empirical data is required to inform the debate. Until there is solid evidence, there is only a growing problem left to speculate upon.

Another design here concerns the effectiveness and cost of judicial review. Tom Hickman recently highlighted the costs faced by litigants as a barrier to accessing judicial review. Beyond this, there is the potential for delay following a successful judicial review and the additional costs that arise from such delays. In this situation, the initial government decision has been struck down by the court and is then sent back to the relevant public body – which, in the immigration context is the Home Office – for a new decision. However, the courts do not specify any time limit for the re-making of such decisions. The length of time taken could be weeks, months or even years. As noted above, delay is a long-standing feature of immigration decision-making.

It might therefore be appropriate to think more radically about the nature of the judicial review jurisdiction. In the immigration context, there are specialist and experienced Upper Tribunal judges judicially reviewing the decisions of relatively junior civil servants – often at the grade of Administrative Officer. If a judicial review succeeds, then the Upper Tribunal judge sends the decision back to the Home Office to be remade, thereby involving more cost and delay. According to some legal practitioners, it has been known for a re-made decision itself to contain further errors, which are then challenged by a second judicial review, and so on. The wider problem is the variable quality of government decision-making.

All of this deciding and then judicially reviewing decisions comes at a cost in terms of both time and money. It also weakens the effective resolution of disputes. It is also important to bear in mind that, in many cases, the actual decision on the merits will involve the application of the Immigration Rules. An experienced and specialist Upper Tribunal judge will often be in a better position to take this decision than a junior Home Office civil servant, but under the traditional model of judicial review, the judicial review court will send back a decision vitiated by an error of law to the initial government decision-maker.

Is there some more efficient and proportionate remedy? The most obvious alternative is to have rights of appeal. A right of appeal to determine fact-sensitive issues is demonstrably superior to judicial review. As the Upper Tribunal has itself noted, ‘judicial review is an entirely unsatisfactory litigation vehicle for the determination’ of factual disputes. However, the government has – for largely political reasons – increasingly limited immigration appeals.

Another option would be to explore in more detail and more seriously the possibility of introducing bespoke systems of ‘merits judicial review’ in particular areas of judicial review of routine administrative decision-making, such as immigration. Under such a system of ‘merits judicial review’, the judicial review court or tribunal would review the challenged decision on traditional legality grounds. However, if there was an error of law, then the court could re-decide the case on its merits rather than sending the case back to the government decision-maker to be re-determined. This would reduce costs and time. It would also enable a specialist judge to make a decision on the application of the relevant rules and policies. The benefit of this would be enhanced efficiency, reducing delay, and lower costs.

Such a proposal – merits judicial review – might seem like a constitutional heresy to some. On the contrary, it would be nothing new. Indeed, for some 25 years, such a system operated in England and Wales and has often been hailed as a highly successful and innovative administrative law dispute resolution process. From 1988 to 2013, discretionary social fund decisions could be reviewed by the Independent Review Service (IRS). This was a unique procedure in administrative law that combined both a review and appeal function in one process. IRS Inspectors dealt with both issues of legality and whether the decision was a right one in all the circumstances of the case.

This system was a successful model as it was able to deliver an efficient and cost-effective process that produced a high standard of decision-making. For instance, in 2012/13, the Independent Review Service completed 99 per cent of some 48,368 cases within 21 working days of receipt at a cost of £73 per case. This type of accomplishment is wholly outside the ability of any court. Furthermore, it was generally accepted that the Inspectors who undertook this work accumulated specialist expertise. The Inspectors were independent. They adopted an inquisitorial approach. And they also made good quality decisions. Overall, this process delivered an effective system of redress.

The Independent Review Service was abolished alongside the abolition of the Social Fund itself by the Coalition Government in 2013 as part of the reforms to the welfare system. Nonetheless, it provides a possible model for the future. According to the Social Fund Commissioner, the Independent Review Service operated ‘an efficient, cost-effective administrative law dispute resolution model, which involves the customer meaningfully in the process and is accessible, timely, proportionate and fair. Given these characteristics, and the number of decisions taken each year by public bodies, it is disappointing that this model has not been adopted more widely, as a means by which citizens can challenge administrative decisions.’

In summary, the world of judicial review never stands still. It is affected and influenced as much by issues such as caseloads, costs, judicial resources, and the behaviours of government bodies and litigants as it is by legal doctrine. The overriding purpose is to design effective systems of redress. The traditional model of judicial review is a part of the answer, but very far from all of it. To assist us in this endeavour, two things are required: first, more empirical research into the operation of the current system; and, second, the ability to think more innovatively about new models of dispute resolution.

Robert Thomas is a Professor of Public Law at the University of Manchester.

Joe Tomlinson is a Lecturer in Public Law at the University of Sheffield.

(Suggested citation: R. Thomas and J. Tomlinson, ‘A Design Problem for Judicial Review: What We Know and What We Need to Know about Immigration Judicial Reviews’, U.K. Const. L. Blog (16th Mar 2017) (available at https://ukconstitutionallaw.org/))