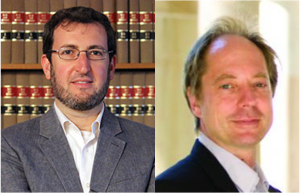 The US election just passed has made many people wonder about the merits of democracy. If an election can still be won using the dark rhetorics of earlier, troubled times in Western history, then they may have a point. In fact, ever since there have been democracies, there have been critics of democracy concerned about its tension with good governance and deliberation. Aristotle saw value in mass decision-making, but preferred an aristocratic government ‘formed of the best men’. JS Mill lamented the ‘low calibre of the men’ in democratic governments. He hoped for elites – or ‘leading minds’ – to assume prominent, educative roles: to demonstrate by example how to ‘reason intelligently about the ends of politics’.

We take a different tack in our recent book, The Law of Deliberative Democracy. There, at the broadest level we ask, How can we improve democracy? How can we make it more deliberative – more informed, reflective, and flexible? By what means can we make it more inclusive of many different kinds of people, views, and ideas? And can we ever make democratic decisions less impetuous, less divisive, and less myopic?

We might be able to mitigate the current crisis in democracy if we could redesign the institutions of politics to accommodate, at once, both democracy and deliberation. This ‘deliberative democratic’ model of politics has attracted many political scholars excited by its possibilities (and this is not normally a very excitable group). It is never easy to create more deliberative politics, and it cannot be done all at once; but we may be able to improve deliberation by increments.

Nevertheless, one may still ask how we can speak of deliberative democracy after the year democracy has just had: a year of craven misinformation, partisanship and demagoguery – not only in the US but in the UK, the Philippines and many other places. Our answer is that it is especially after democratic failures that we need to talk about deliberation. If democracy is not yet deliberative enough, how can it be made to be so?

First, laws can control media reporting of opinion polls during the electoral campaign. That may mitigate some of the focus on the horserace of the campaign. In the US election well over 1000 polls were reported. Where did that leave reporting on the substance of policy? Arguably, the excessive focus on polls only helped breed the severe partisan competitiveness that overrode any sincere and open-minded consideration of public policy. Wary of such political pathologies, about half the world’s democracies already regulate political opinion polling in some way.

Second, laws can regulate the release of prosecutorial information during the late campaign – when allegations may be prejudicial and there is too little time to refute them. Sitting US presidents are already immune from criminal prosecution, precisely due to the fear that prosecutors will use the powers of their office to undermine a duly-elected president. Why not extend this protection to the electoral campaign itself?

Third, laws can impose ‘open’ primaries/candidate selections where everyone, regardless of party membership, can vote for party nominees – and not just the fired-up partisan base that tends to select the most extreme candidate. Such laws were once the norm in parts of the US.

Fourth, laws can impose requirements of truth in political advertising (as in parts of Australia).

Fifth, governments and laws can create systems of free TV and radio broadcast slots to allow the major parties to get their messages out on a sustained basis (as in the UK).

The problem with such laws, however, is that many have been or would be struck down by courts around the world. Laws might promote better political deliberation, but the practice of law in the courts is another matter. Deliberative democratic schemes have fared poorly with a legal filter imposed upon them. Back in 2000, after another traumatic US election, Ted Cruz – the current US Senator and recent Trump challenger – was just a young lawyer working on the Florida recount. In recalling this experience he later said: ‘One of the realities of the recount and life is that lawyers and political folks don’t really speak the same language’.

We think he was right. For instance, courts hearing cases in election law must essentially decide whether to uphold high-minded deliberative democratic initiatives. They must judge the schemes based implicitly on the values that they think should drive politics. Unfortunately, deliberation is not – at least not yet – part of the firmament of political values recognised in law.

Deliberation is the dark matter of the law. It is overshadowed by a triad of traditional political values: liberty, equality and integrity. A main argument in our book is that, in a deliberatively thick conception, each traditional value is not rival to, but is actually compatible with, deliberation. Deliberation is even part-and-parcel of each of these values. For example, deliberation is not a value to be balanced against communicative liberty (it often has been: eg, the Australian High Court’s 1992 decision Australian Capital Television v Commonwealth (1992) 177 CLR 106, which struck down a system of free radio and TV ads). After all, deliberation itself is a form of communication. Similarly, deliberation is not opposed to equality; realising deliberation actually requires a deep form of political equality and inclusion. Integrity, too, can be viewed as deliberative: as a politics based on ideas rather than naked power.

These are abstract conceptual moves. But they have important consequences: first for the outcomes of legal cases, and ultimately – most importantly – for the better conduct of elections. Our book is one of the first to trace law’s effects on political deliberation in detail, focusing on the UK, US, Canada and Australia. Courts have played spoilers to many of the best-laid schemes of deliberative democrats. That, we think, is because deliberative democracy has yet to penetrate legal consciousness, and because law has yet to be taken seriously by deliberative democrats. We think it is incumbent on both sides to bridge their two solitudes.

Ron Levy is a Senior Lecturer in Law at the Australian National University (@DelibGovLaw).

Graeme Orr is a Professor of Law at the University of Queensland (@Graeme_Orr).

Their new book is The Law of Deliberative Democracy, available from Routledge.