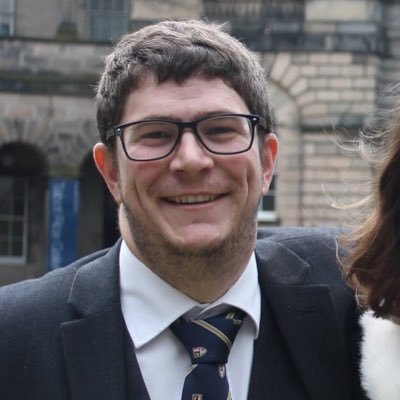 In light of the divergent conclusions the Scottish electorate reached from those of England and Wales in the EU referendum, the spectre of a second Scottish independence referendum looms. Though insisting it is not her “starting point” in discussions with the European institutions and other national governments, First Minister Nicola Sturgeon has indicated that she believes a follow-up poll to that of 18th September 2014 is “highly likely” were Scotland to be removed from the EU, since this would represent a “material change in circumstances”.

There were significant legal obstacles to the holding of the first Scottish independence referendum. It was always doubted that, under the framework of the Scotland Act, the Scottish Parliament had the legislative competence to pass a Referendum Act. Aspects of the constitution, including the “Union of the Kingdoms”, are reserved matters. The weight of opinion, though by no means unanimous, was that a referendum, regardless of its wording or structure, necessarily “related to” that reserved matter within the meaning of s29(2)(b).

It is often forgotten that Lord MacKay of Drumadoon, then former Lord Advocate, attempted to secure absolute clarity on this question when the Scotland Bill was going through the House of Lords in 1998. His amendments were rejected by those steering the Bill, including Lord Sewel. They regarded the position as already being clear on the face of the Bill. Creative arguments were made in 2012 to argue a “consultative” referendum with a verbose question would be legislatively competent. The approach taken by both the Inner House and Supreme Court when interpreting the meaning of the “purpose” provision (s29(3) Scotland Act) in Imperial Tobacco v Lord Advocate, however, leaves very little room to sustain that position now. Lords Hamilton and Reed both saw the purpose of an Act of the Scottish Parliament as taking into account the basic public policy objective the proposers were seeking to achieve, or as Lord Hamilton put it, the “ultimate purpose”. Lord Hope also made clear that where an Act had many purposes, all must be competent in their own right, unless one was wholly incidental to another.

The way the UK and Scottish Governments circumvented the problem last time was to pass a section 30 Order. This granted temporary, conditional and specific competence to hold an independence referendum. It had to be on one question, not coincide with other elections or referendums, and the power expired after 2014. This was a political solution to a constitutional problem, following a Memorandum of Understanding known better as the Edinburgh Agreement, arrived-at by the two Governments.

It is distinctly possible that such an order would not be forthcoming this time around, and precisely because of the Edinburgh Agreement. Unlike last time, the political mandate for a referendum is not clear-cut, even though a majority of MSPs back another plebiscite should Scotland not be able to stay within the EU. Unionists will doubtless argue that to hold another referendum usurps the undertaking that the 2014 referendum should be “decisive”. Several of the opposition parties at Holyrood ran specifically on a manifesto pledge to oppose a second referendum. They could scarcely have done so without precisely this scenario in mind.

The Scottish Government probably have to consider the Parliament’s legislative competence when deciding whether to push for another referendum. It is likely that, even if the UK Government does not challenge any Holyrood Referendum Bill, a member of the public with “sufficient interest” would. Other countries have wrangled with this kind of situation before. Catalonia is the most recent example, where Spain’s Constitutional Court repeatedly invalidated, prohibited and blocked legislative and executive attempts to hold a lawful referendum. This led to the attempted impeachment of then Catalan Premier, Artur Mas, and created a stand-off between Madrid and Barcelona both as to the validity and implications of that vote and as to the appropriate way forward.

Less well known is that the Québec secession referendum in 1995 was challenged on the grounds of unconstitutionality. Bertrand v Attorney General (1995) 127 DLR (4th) 408 (Que SC) was swept under the carpet somewhat by public lawyers after the Reference Re Secession of Quebec itself rose to international prominence. Guy Bertrand challenged not the right of the National Assembly to hold an independence referendum stricto sensu, but the right to hold a referendum under the specific legislative framework they had chosen. The “Sovereignty Bill” was found by Justice Lesage to pose a “serious threat to the rights and freedoms” enjoyed under the Canadian Charter, because of the unilateral nature of the rights claimed in the legislation to secede from Canada without proceeding by way of a constitutional amendment.

What was most remarkable in Bertrand, however, was that Lesage refused to grant further relief. Bertrand sought that the electoral agencies of the Québec provincial government be prevented from facilitating the referendum, including incurring further public expenditure. Lesage conducted a “public interest” test, concluding that to give more than declaratory relief would “risk creating a greater wrong than the wrong it is sought to prevent”.

The UK Supreme Court would not likely enjoy the same level of discretion as to remedies in the event it identified a clear ultra vires Act and a real risk of ultra vires executive acts relying upon it. Yet to block an independence referendum through the courts may be seen as politically unacceptable: it would undermine the authority and perceived legitimacy of that Court. It is not unforeseeable that the Scottish Government might seek to defy or circumvent a ruling. Doing so would face considerable problems. Without valid legislation, the access to the full electoral register for an unofficial poll would arguably be unlawful. It is also extremely unlikely that the Electoral Commission would undertake oversight and monitoring of such a plebiscite. This would significantly detract from its constitutional propriety, making the result of a referendum easier, on principled grounds, to ignore.

Even if the Scottish Parliament found a way unilaterally to hold a referendum, the implications of a Yes vote are not clear. There is no “unilateral” right to secede from the United Kingdom, notwithstanding the largely empty sentiments expressed for decades about the “sovereignty of the Scottish people” imposing a qualifier on the UK principle of the legislative supremacy of Parliament. Other constitutional orders reached similar conclusions, in the Secession Reference and the Tribunal Constitucional judgment on the Catalan “Declaration of Sovereignty”. Politically, a decisive result may be difficult to ignore, but legally and constitutionally, referendums are not binding, as the UK has been all-too-spectacularly reminded in relation to the EU Referendum and the non-invocation of Article 50.

What the UK lacks, in the Scottish case, is a clear legal framework to spell-out the corresponding constitutional duties of different actors, either to give effect to or to respond to the will of the people in a secession referendum. Without an Intergovernmental Agreement, itself having extremely doubtful justiciability, the fallout of a referendum is left entirely to politics. This was not the case in Canada, where the Secession Reference postulated that, if a clear majority was expressed on a clear question that Québec desired to secede from Canada, the federal government must enter into negotiations to “respond to that desire”. The resulting Clarity Act saw the Canadian House of Commons arrogate the responsibility for determining whether the preconditions of a “clear question” and “clear majority” had been satisfied in any given referendum. The Act prohibits the federal government from negotiating where either of those conditions are absent. The National Assembly, unhappy at the implication that a simple majority might not be enough, passed its own legislation, “Bill 99”, stipulating a clear majority cannot require more than 50% plus 1. The merits of the two respective approaches were argued-out in the Canadian election debates last year. Bill 99 is currently subject to a vires challenge, which has been ongoing since 2007.

If we were to look for more permanent and stable solutions to the independence referendum question, we might look closer to home, adapting the procedure contained in the Northern Ireland Act. It provides that the Secretary of State shall make provision for a poll where it is apparent that the majority of those in the six counties wish to become part of a United Ireland. Where a vote produces a Yes result, there is a duty, of undefined scope, to negotiate a settlement with the Republic of Ireland, and to bring forward implementing legislation. It is possible that the best approach for Scotland would be to avoid s30 Orders (ad-hoc solutions), instead normalising the power of Holyrood to hold referendums, subject to defined limits. One might even combine the approaches of the Clarity Act and Northern Ireland Act to permit referendums generally, but to place more onerous constraints on the winning margin necessary to invoke a duty to negotiate in the event that referendums are held in quick succession.

It is lamentable that a more principled approach to the Scottish referendum power question has not seriously been contemplated. At a time when events are increasingly driven by politics, the need for a constitutional framework both to slow-down and to structure the exercise of the democratic will of the people has never been greater. Important lessons can be learned from other countries’ jurisprudence and approach to secessionist movements, but that learning must happen soon if the challenges in the months ahead are effectively to be responded to.