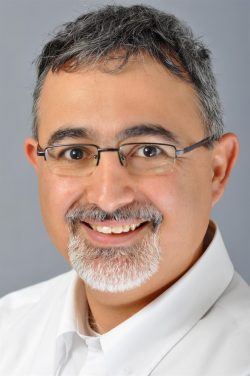 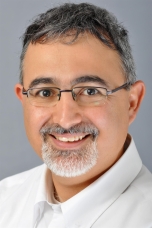 Thus far, while the UK is trying to comprehend the EU referendum’s result, there seems to be a consensus according to which even though the referendum is merely advisory, it would be morally and politically wrong for Parliament to refuse following the ‘leave’ result. Here I wish to challenge this consensus.

The difference between ‘legally binding’ and ‘morally-politically’ binding

A quick review of the relevant circumstances will reveal the reasons for perceiving the specific result of this specific referendum as not morally and politically authoritative. These reasons are the narrow margin; the turnout; the subject-matter; the quality of the public debate; and the age issue.

‘The people’ voted ‘leave’ by a very narrow margin of 52% against 48%. If the result was legally binding, the margin would have been irrelevant. The ‘majority rule’, as legal rule, is blind to the margin issue. But since the result is not legally binding, it is quite obvious that its moral-political strength does depend on the numbers. The people may have spoken, but their voice was not strikingly decisive. When the result is not legally binding, the weight that should be accorded to it varies. Weightier moral reasons should be provided for refusing to follow the will of a vast majority than refusing to follow the will of a marginal majority.

With regard to elections’ results, which are legally binding, the turnout has no legal importance. It may have limited moral-political importance. Since the referendum is not legally binding, the strength of its moral-political importance is decided by taking the turnout into account. 72% of eligible voters actually voted. Those who did not vote probably did not care enough to vote. Not caring is also a political opinion that should be taken into account. Therefore, the referendum’s results should be read as follows: 28% of all eligible voters could not care less. 35% voted ‘remain’ and 37% voted ‘leave’. It does not look like a decisive decision to leave, does it? This way of perceiving the result is only possible when we evaluate the moral-political authoritative power of the referendum – and this is the only way that counts when we decide the moral-political authoritative power of the referendum. When no more than a third of all eligible voters cared enough to vote for either ‘leave’ or ‘remain’ it provides Parliament some useful information. It does not impose a strong moral-political duty on parliament to treat the ‘leave’ decision as authoritative.

The nature of the subject-matter

In fact, it is anti-democratic to treat the referendum’s result as morally-politically authoritative. It sounds paradoxical but it is nevertheless true. With regard to non-constitutional norms, democracy should reflect the ever-changing majority will. The majority may support death penalty, abortion at will or a certain immigration policy at a certain point in time – and to change its mind shortly or not so shortly afterwards. Laws regulating these issues could be changed according to the current will of the people. The EU referendum is a different case completely, not only because it deals with a constitutional issue but also because the ‘leave’ result is irreversible. A few weeks, months or years from now, after a few lies are exposed, reliable information is revealed, and circumstances are changed, polls may show that a striking or a marginal majority prefers to stay or re-join the EU. Alas, that would not be possible. It is anti-democratic to allow a marginal majority in an isolated point in time to prevent a future majority from having its preferences realised (unless the purpose is to protect basic human rights or democracy itself – and this is not the case here).

The quality of the public debate

There is a consensus that the public debate prior the referendum was lively and intense – and at the same time – of poor quality. It is agreed that both camps openly made misguided arguments – and in fact lied to the public. The only dispute is about the identity of the winner in the lying competition: is the ‘remain’ camp the winner as it frightened the public with horror, imaginary stories about the consequences of leaving the EU, or was it the ‘leave’ camp that made false promises about the advantages of leaving the EU. Even though the ‘leave’ camp probably wins this lying competition, this is beside the point as all agree that too many voters were misled, swamped with disinformation and acted upon irrational reasoning or irrelevant considerations.

It is true that similar things can be said about many political campaigns and many pre-general-election public debates. However, the results of democratic elections are legally binding despite the poor quality of the public debate that precedes them and this is an unfortunate yet inevitable feature of democracy. The result of the EU referendum, however, is not legally binding. The result’s authoritative moral-political power is decided by the quality of the decision-making process that led to that result. In our case, the quality of the public debate was so poor that no result of this referendum, be that leave or remain, should be taken as morally-politically authoritative.

Who voted for remain? 75% of voters in age of 24 and under, 56% of voters age 24-49, 44% of voters age 50-64, and only 39% of voters age 65 and above. Why does it matter? Well, if the referendum was legally binding it would not have mattered. Since it is not legally binding, then yet again, its authoritative moral-political power depends on the circumstances. If the referendum was about almost any other subject, the age issue was a non-issue. But a decision to leave the EU is unique. As argued above, it affects numerous aspects of our lives, it has long-term and meaningful implications and it is practically irreversible. Under these very special circumstances, votes of younger people, people who will be affected by the referendum’s result for the next 50 years of their life, should be accorded more moral-political weight than votes of people who – to put it bluntly – will not be with us in 10 years’ time. From the moral point of view, which is the only one the counts here, and in this very special case, the preferences of people who are retired, who enjoy relatively generous and protected pensions (comparing to what awaits the young generation), and who will not bear the consequences of the decision to leave, should be accorded lesser weight. Their voice should be heard but to accord their votes equal moral weight will be an act of unfairness and discrimination against those who will be affected the most by the referendum’s result.

Conclusion: taking the non-binding power of the referendum seriously

Many have rightly argued that referendums are a particularly bad way of making political decisions (and I will not elaborate on this point here). While referendums are being used in most democracies, non-binding referendums are quite rare (a few were held in Austria, Finland, Germany, Norway, Portugal, Sweden, and New-Zealand). Having non-binding referendums solves some of the problems which are created when political decisions are made by way of implementing ‘direct democracy’. This is true, however, only if the referendum is truly non-binding. Not surprisingly, in all cases of non-binding referendums, Parliaments followed the referendum’s result – and in some cases explicitly expressed their commitment to do so prior to voting day. There is one case, however, which can inspire UK Parliament. This is the case of the Greek bailout referendum from 2015. In that referendum 61% voted against the European Commission’s bailout conditions yet a few days later the Greek Government and Parliament agreed to accept different, somewhat worse conditions. The will of the majority was not in fact ignored. The referendum was not about whether to remain in the EU but rather about a specific bailout deal. Opinions polls, however, which were held before and after the referendum, consistently showed that most of those who voted against the bailout deal did not want a ‘Grexit’. They simply wanted to protest against the EU – and their own government – and to express their general frustration as ‘neglected’, ‘transparent’ citizens (sounds familiar?). When they accepted the new bailout deal, Greek politicians merely did what they had to do to give effect to the true will of the majority, which was to remain in the EU. Not a bad lesson to be learned.

Deciding to have a referendum on a subject-matter such as leaving the EU was a colossal political mistake. Same can be said about deciding to have the alternative vote referendum in 2011. In this referendum, 68% voted against replacing the present ‘first-past-the-post’ voting system with the ‘alternative vote’ method (where voters rank candidates in order of preference, rather than voting for a single candidate). The referendum suffered from many of the problems mentioned above (and especially a poor turnout of 42% and a poor public debate quality). Subject to general constrains of the doctrine of Parliamentary sovereignty, this referendum was not advisory. It did mandate executive implementation (see the Parliamentary Voting System and Constituencies Act 2011). Therefore, the referendum result’s questionable moral-political legitimacy could not affect its legal validity. Fortunately, Parliament decided that the EU referendum is not legally binding. When the question of legal validity becomes irrelevant, moral and political considerations do affect the authoritative power of the referendum’s result.

UK Parliament may be reluctant to perceive the EU referendum’s result as not morally-politically authoritative. That would be an enormous mistake which could only result from misconceptions about the true will of the majority and the moral-political legitimacy (perhaps even public-popular legitimacy) of this particular referendum’s result.

In the special circumstances of the EU referendum, some of which were only became clear after all votes were counted, moral and political principles inevitably lead to the conclusion that Parliament must not treat the referendum’s result as morally and politically binding. The alternative is not having a second referendum about the same question. It is also not having a second referendum about the leaving package that the UK may get from the EU. These referendums are likely to create further difficulties and new problems both in terms of their ability to reflect the true will of the majority and in terms of the legitimacy of perceiving them as morally and politically authoritative. Therefore, Parliament should decide now – or shortly after the election (if they are imminent) – whether to remain in the EU. Parliament should base its decision on its best judgment while taking into account numerous considerations, including the referendum’s result, yet without perceiving it as authoritative.