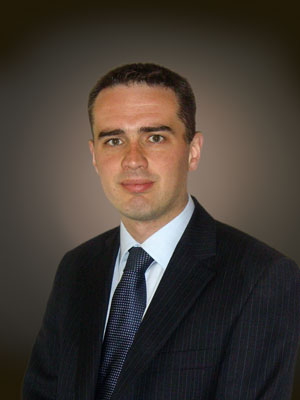 All sorts of constitutional issues arise out of last Thursday’s referendum: Art.50 TEU; the need for Parliamentary approval before it is invoked; whether the new Prime Minister will seek to call a general election; whether the result is properly considered “decisive”; and what wider implications there are for the constitution. Although these issues will all be debated against the current political backdrop, it is important to see them for what they are: questions of (constitutional) law. And where precedent offers no answer, it is to principle, and not political expedience, we should turn. The focus of this blog is Scotland and, in particular three immediate issues that spring to mind: (a) the question of independence; (b) the extent to which Scotland could thwart any attempt to leave the EU; and (c) the question of devolution.

A fresh independence referendum is, said the First Minister, “highly likely” as a consequence of a “significant and material change of the circumstances” since the 2014 referendum. Further, the Scottish Government is preparing the necessary legislation to allow another independence referendum to take place should the Scottish Parliament so resolve. The political reasons for doing so are clear. But it is important that those steps take place within the framework of the law. That leads back to the pre-2014 debate about the legal authority for holding a referendum. Whilst the question was never judicially determined, the balance of opinion favoured the view that a specific transfer of authority was required. That was then achieved by the s.30 Order. That Order has now expired. Accordingly, the Scotland Act 1998 remains as it was prior to the grant of that s.30 Order with the result that the following matters remain reserved: the Union of the Kingdoms of Scotland and England (sch.5, Part 1, para.1); and international relations, including relations with the EU and its institutions (sch.5, Part 1, para.7). Not only are those issues beyond the competence of the Scottish Parliament (s.29) they are beyond the competence (save as otherwise provided for) of the Scottish Government (s.54). Treating the Scottish Government like any other creature of statute (cf. Lord President Rodger in Whaley v Lord Advocate 2000 SC 340), it is of doubtful competence for the Scottish Government to spend time and resources pursuing a course of action that is reserved. However broad the transfer of powers to the Scottish Government may be, and however generously those should be interpreted, the discretionary power vested in the Scottish Government is not limitless. It is at least arguable (and it is put no higher than that: cf. De Smith’s Judicial Review, 7th ed., para.5-103 onwards) that the steps outlined by the First Minister are challengeable. Having to debate the legality of those steps would, however, be unfortunate in the current climate. But it does suggest that seeking a fresh s.30 Order, to remove any doubt about the competence of taking the steps outline, would be prudent and should be done sooner rather than later.

Next is the question as to what extent the Scottish Parliament must assent to any effort to remove the United Kingdom from the EU (an issued discussed in more detail by Cormac Mac Amhlaigh here). Again, on the face of it, this admits of a clear answer. Despite the amendments made by the Scotland Act, in particular the introduction of s.28(8) of the 1998 Act (“But it is recognised that the Parliament of the United Kingdom will not normally legislate with regard to devolved matters without the consent of the Scottish Parliament.”), the answer appears clear. For s.28(7) is unamended: “This section does not affect the power of the Parliament of the United Kingdom to make laws for Scotland.” That provision is, of course, on an orthodox understanding of the sovereignty of the UK Parliament, entirely superfluous. It makes the point, however, that the Scottish Parliament has no veto over UK legislation, no matter how much it affects Scotland. What s.28(8) embodies is the Sewel Convention which is, exactly as the name suggests, a convention. In other words, more precisely Dicey’s words, it is a “convention, understanding, habit or practice, which although [it] may regulate the conduct of several members of the sovereign power … [is] not in reality law at all since [it is] not enforced by the courts.” (Dicey, Introduction to the Law of the Constitution (1959), p.24) If it were otherwise, the “lock” that the First Minister had sought before the referendum (consent in all four countries of the Union) would be achieved by the back door. Thus, whilst there may be a political price to be paid for proceeding in the face of opposition from the Scottish Parliament, there appears to be no legal impediment to doing so.

The Sewel Convention issue only arises, however, if the UK Parliament seeks to legislate on devolved matters (and as explained earlier, the main issues that arise appear to be reserved) or where the UK Parliament seeks to modify the powers of the devolved institutions (see: Devolution Guidance Note 10). The latter is an inevitable consequence of the United Kingdom leaving the EU. First, the competences of the Scottish Parliament and the Scottish Government are defined with reference to the EU. That limitation will not only require to be removed but recast. The current allocation of powers proceeds on the basis that those that have been devolved can only be exercised in a manner which accords with EU law (see the ongoing dispute over minimum pricing; what happens to that now is another story entirely). That will require the list of reserved matters to be revisited before the ink on the most recent Scotland Act has dried. And that illustrates another area where principle has come second. It is hard to identify any clear or consistent theme which underlies the powers that have hitherto been transferred. If that list is to be revisited (again) then it should finally be approached in a principled manner and a way that serves not only Scotland but also the rest of the United Kingdom. To take one example (which is developed further in a forthcoming note in the Edinburgh Law Review) why is it considered appropriate to enfranchise 16 and 17-year old Scots for Scottish parliamentary elections not their English, Welsh and Northern Irish counterparts and why only for Scottish elections and not UK elections? A second point arises out of the inevitable revisiting of the current list of devolved powers: if the UK is to leave the EU, and if Scotland is to have a further referendum on independence then, like 2014, it will present voters with a choice between independence and an alternative model of devolution. The status quo will again not feature on the ballot paper. That must inevitably complicate the choice that will face the Scottish people if the decision is taken to seek their opinion on independence again.

It is important that the current debate takes place within the framework of the existing (constitutional) law. The much touted “unwritten” and “flexible” UK constitution is having its shortcoming laid bare for all to see. And once the dust has settled, there is a strong case for moving from that convention reliant constitution to a principle based, legally coherence constitution. But so far as Scotland is concerned, there is a legal framework within which the Scottish Parliament and Scottish Government are required to operate. Whatever the political pressures to pursue a given course at this uncertain time, it is important that it falls within the existing law. To the extent that there is a doubt about that, it is in everyone’s interests that the doubt be removed sooner rather than later.

Paul Reid is an Advocate with Ampersand Advocates and a part-time tutor of Public Law at the University of Edinburgh. He writes in his personal capacity.