Editors’ note: This is an updated and slightly expanded version of an earlier post published on the Judicial Power Project website. It is cross-posted here with permission. 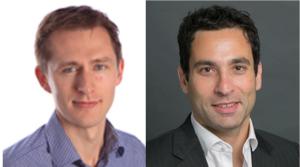 The debate about the recent changes to the Ministerial Code rages on. Melanie Phillips joined the critics with an article in the Times. John Finnis defended the change, as did some constitutional lawyers, albeit with qualifications.

This change – the excision of these six words – caused outrage on the part of certain lawyers as soon as it was announced. But their critique is largely misconceived and the response of some critics – initiating legal proceedings against the Government – itself suggests a skewed understanding of our constitution.

The most trenchant criticism of the new formulation is that, by removing the reference to international law and treaty obligations, the updated Ministerial Code shows contempt for the rule of (international) law.

Paul Jenkins (Treasury Solicitor from 2006-2014) stated candidly in the Guardian that he “saw at close hand from 2010 onwards the intense irritation these words caused the PM as he sought to avoid complying with our international legal obligations, for example in relation to prisoner voting”. He concluded that the revised Code would bolster ministers’ “contempt for the rule of international law”. On the other hand, the Cabinet Office is reported as saying – implausibly it seems to us – that the change was merely a simplification of wording.

Was the PM right to be irritated? Or has this change made the UK a rogue state, ready to flout the rule of law?

There are three points to note.

First, the rule of international law is not a simple idea, as the concepts most closely associated with the rule of law in other legal traditions immediately reveal: Rechtstaat, Etat de droit, Stato di diritto, etc. The term ‘state’ is central to each. The principle of the rule of law is intimately connected to the institution of the state. Not for nothing has international law historically used a different formulation to capture the importance of legal obligations: pacta sunt servanda (agreements must be kept). It is true that international law has evolved from a purely promissory arrangement to a more law-like, institutionalised system. But that process is far from complete. And, while it is wrong to think of a treaty as a kind of contract, it is not quite right to think of it as ordinary positive law either. Indeed, as John Finnis reminds us, there is an important sense in which international law remains defective qua law.

The jurisprudential difficulties of working out how the rule of law applies in an international context are as formidable as they are neglected. An important exception is James Crawford’s Chance, Order, Change: The Course of International Law (2014).

Third, as John Finnis and others have also argued, until its revision the old Ministerial Code wrongly implied that Ministers were under a general legal duty to comply with international law including treaty obligations. Not so: the subject of any such duty is the UK itself. Under our constitution, Ministers are incapable of imposing legal obligations on themselves or on their successors by way of the Crown’s prerogative to conduct foreign relations: the imposition of such obligations standardly requires Parliament to incorporate the treaty in question.

The old Code’s formulation risked constitutional confusion. The risk was heightened, inadvertently no doubt, by Lord Bingham’s unfortunate description of the Code’s formulation as “binding” in his widely read book The Rule of Law (2010). In fact, Ministers have never been legally bound to obey unincorporated treaty obligations and it was never possible to impose such an obligation on Ministers by way of the terms of the Ministerial Code. Further, if any such legal duty were to become part of our law it would have momentous constitutional consequences, undercutting the supremacy of Parliament over the executive and, contrary to the principle of the rule of law itself, confronting Ministers with inconsistent legal obligations. Where would this leave the Minister, and his or her civil servants, in the event of conflict between domestic and international legal norms?

It was right to correct the old Code’s misleading formulation. Attempts to defend that formulation on the grounds that the Ministerial Code has “tone-setting” importance are misplaced. How can one set the right tone by adopting a constitutionally indefensible position? Virtue signalling should not trump virtue.

There are – it bears recalling– good reasons of democratic principle why, consistent with respect for the rule of law, the constitutional law and practice of the UK should not give direct domestic effect to international legal obligations and oblige Ministers to conform to them. Consider prisoner voting. Should the Prime Minister have understood himself to be constitutionally obliged to take measures to comply with the ECtHR’s (foolish) prisoner voting ruling? No: he and his Cabinet colleagues thought the ruling was wrong, on the merits and in law, and the Commons (and the public) clearly agreed. The Prime Minister did not act unconstitutionally in failing to propose legislation to comply with the ECtHR’s ruling and every public official in the UK, including Ministers, should continue to respect the law of the land and act contrary to that ruling until and unless our sovereign Parliament decides to change the law.

Ministers (and legislators and voters) should think carefully about the UK’s international legal obligations and should generally avoid conduct that would place the UK in breach of those obligations. But it would be wrong for Ministers to be required to treat international legal obligations, including unincorporated treaties, as of equal standing to Acts of Parliament or common law duties. Even EU law would have to give way to constitutional principles – as the Supreme Court indicated in the HS2 case.

As noted above, Rights Watch has announced that it will initiate proceedings against the Government in relation to the change made to the Ministerial Code. Presumably they will seek a declaration that the change was unlawful or that Ministers are under a duty to comply with international law. It is not easy to see how such an application would be framed but it bears saying that the very making of the application is problematic. Constitutional conventions are not, and should not, be subject to judicial control. If the Prime Minister’s updating of the Code is thought problematic, the proper remedy is public criticism and parliamentary accountability, not an application for judicial review (as observed by Sir Frank Berman QC.)

Any well-advised court should reject the application out of hand. But the rush to apply for such judicial control, as well as the assumption that international law should take precedence over constitutional law, tells us much – and none of it good – about modern legal thinking.

Leave a Reply to George Letsas: The Rule of All Law: A Reply to Finnis, Ekins and Verdirame | UK Constitutional Law Association Cancel reply