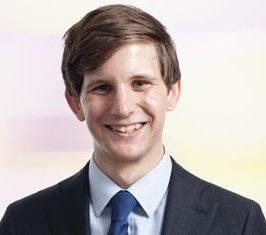 The Court of Appeal has recently pronounced (twice) that some provisions of the Charter of Fundamental Rights of the European Union have horizontal direct effect. These decisions provide some guidance as to the legal and constitutional status of the Charter (at least from an English perspective). The Court of Appeal in both cases held that this conclusion required the disapplication of primary UK legislation. These decisions therefore raise an issue as to the appropriate balance of power between Parliament and English judges.

The two cases were Benkharbouche v Sudanese Embassy [2015] EWCA Civ 33 and Vidal-Hall v Google Inc [2015] EWCA Civ 311. Benkharbouche concerned claims brought by foreign domestic workers in London embassies for racial discrimination and breaches of the Working Time Regulations 1998. The Court of Appeal held that Article 47 of the Charter (right to effective remedies) had horizontal direct effect (at [76]-[81]). Section 16(1)(a) of the State Immunity Act 1972 – which otherwise provided embassies with an immunity from employment claims – was therefore disapplied.

In the more recent case of Vidal-Hall, three Claimants sought to serve Google out of the English jurisdiction on the basis that the software company had placed unauthorised cookies on their computers. The Claimants sued for damages for the acute distress which they alleged was suffered when they realised that sensitive personal information might be revealed to those who saw targeted advertising on their screens. One problem for the Claimants was that section 13(2) of the Data Protection Act 1998 expressly limited damages for ‘pure’ distress to certain (non-applicable) circumstances. The Court of Appeal overcame this difficulty by concluding that section 13(2) had to be disapplied because Articles 7 and 8 of the Charter (right to private and family life and right to protection of data, respectively) had horizontal direct effect.

These decisions were not required by the case law of the Court of Justice of the European Union (CJEU). In both Benkharbouche and Vidal-Hall, the Court of Appeal stated that the decision of the CJEU in Case C-176/12 Association de mediation sociale v Union locale des syndicats CGT (“AMS”) did require horizontal direct effect of the Charter. In Benkharbouche, for example, Lord Dyson stated (at [80]) that:

“It follows from the approach in the Kücükdeveci and AMS cases that EU Charter provisions which reflect general principles of EU law will [have horizontal direct effect].”

The CJEU in AMS did not, however, decide that the Charter had horizontal direct effect. In his Opinion in AMS, Advocate General Cruz Villalón grappled with this “question of principle” and concluded that the Charter was capable of having such an effect. The CJEU, however, merely held that Article 27 of the Charter did not have horizontal direct effect. The court did not therefore pronounce on this general question of principle.

There is therefore an issue as to whether these decisions reflect the correct balance of power between Parliament and English judges. The grant of horizontal direct effect of the Charter gives English judges the power in some circumstances to assess primary legislation against human rights standards, and to disapply certain provisions if they do not meet these standards. This approach led to a particularly stark outcome in Vidal-Hall. The Court of Appeal held that Parliament’s interpretation of Article 23 of the Directive in section 13(2) of the DPA 1998 was incorrect. It was less than perfectly clear, however, what the authors of the Directive had intended Article 23 to mean. In particular, the Directive refers neither to ‘distress’ nor ‘moral damages’. Nevertheless, the Court of Appeal ‘fleshed out’ Articles 7 and 8 of the Charter in a manner consistent with its interpretation of the EU right and therefore held that this interpretation trumped Parliament’s conception of that right.

The Court of Appeal in both Benkharbouche (at [85]) and Vidal-Hall (at [105]) concluded that the Benkharbouche/Vidal-Hall approach would not be applied where disapplication would require the court to “make choices … in order to devise a substituted scheme” (Vidal-Hall, at [104]). The Court of Appeal thought that disapplication in such circumstances would go beyond the court’s institutional competence. In reaching this conclusion, the Court of Appeal in both cases relied on the statement of Lord Mance in R (Chester) v Secretary of State for Justice [2013] UKSC 63, in which an EU law challenge was mounted to the UK ban on prisoner voting. In Chester, his Lordship had stated obiter (at [73]) that:

“I reject the submission that the Supreme Court could or should simply disapply the whole of the legislative prohibition on prisoner voting, in relation to European Parliamentary and municipal elections, thereby making all convicted prisoners eligible to vote pending fresh legislation found to conform with European Union law … under [EU law] a ban on eligibility will be justified in respect of a very significant number of convicted prisoners.”

The Court of Appeal in Vidal-Hall considered that this statement created a dichotomy between ‘pure disapplication’ – which was permissible – and disapplication which would require some form of substitution – which was not. It is doubtful that this is the correct ‘control mechanism’ for any possible horizontal direct effect of the Charter’s provisions. Many of the rights in the Charter are open-textured, and may therefore be interpreted differently by Parliament and the judiciary. What therefore seems most important is the specificity of the EU rights in question.

“The direct applicability of a general principle of an employee’s entitlement to annual leave vis-à-vis his or her employer would therefore for one thing be contingent on the court giving it sufficiently precise legislative content by way of interpretation, whereby … it would be necessary to assume the competence traditionally reserved to the EU legislature.”

The decisions in Benkharbouche and Vidal-Hall do, however, seem to open up a new frontier in human rights protection. It is clear from the decision in AMS that not all provisions of the Charter can have horizontal direct effect, and it remains to be seen to which other provisions of the Charter the English courts will be prepared to apply the Benkharbouche/Vidal-Hall approach. These decisions have, however, taken English judges into the controversial territory of disapplying primary UK legislation which conflicts with their interpretation of open-textured Charter rights.

Joshua Folkard is a barrister at 4 New Square, London. The author would like to thank Daniel Cashman and Jeff King for their helpful comments.