Editors’ note: The blog invited constitutional lawyers to comment on the UK Government’s proposal to repeal and replace the Human Rights Act. We end this series with a post by Sarah Lambrecht, law clerk at the Belgian Constitutional Court and a PhD Fellow at the University of Antwerp. You can read the other contributions in this series here. While the HRA Watch series has now ended, we will of course continue to welcome posts on HRA/ECHR matters.

This post is based upon a conference paper presented at the UKCLA conference ‘Debating the Constitution after the General Election’ held at the University of Manchester on 24  June 2015. 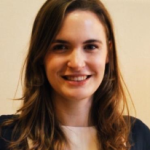 The tumultuous relationship between the UK Government and the European Court of Human Rights (ECtHR) is unlikely to normalise with the Conservative Party having obtained, against all polling predictions, an absolute majority at the May 2015 UK general election. In its October 2014 policy document, the Conservatives criticise the European Court of Human Rights for developing ‘mission creep’ and proclaim a plan for change ‘to restore common sense and put Britain first’. The all-encompassing solution proposed is to repeal the UK Human Rights Act and introduce a new British Bill of Rights and Responsibilities. Even though I have uttered doubts as to whether such a Bill could live up to all of its drafters’ expectations, the wide-spread political support for a proposal expressly aimed at reducing the Strasbourg Court’s influence is exceptional. In an attempt to feed the rich debate and analyses on the UKCLA blog, this post places the UK debate in a wider perspective.

Is criticism of the European Court of Human Rights a strictly UK phenomenon or is it widespread? Fierce criticism is clearly not limited to members of Government in the UK. In fact, the famous statement by UK PM Cameron that it made him ‘physically ill even to contemplate having to give the vote to anyone who is in prison’ pales in comparison with the reaction of then Italian Minister of Defence La Russa (under PM Berlusconi) following the Lautsi Chamber judgment. In this judgment, a ECtHR Chamber had found unanimously that the display of crucifixes in State-school classrooms violated the right of parents to respect for their religious and philosophical convictions taken together with the freedom of religion. In response, La Russa said on a very popular talk show: ‘Anyway, we won’t take away the crucifix! They can die! The crucifix will remain in all schoolrooms, in all public rooms! They can die! They can die! Them and those fake international organizations that count for nothing!’

The European Court of Human Rights is—to paraphrase its former President Bratza—not unused to criticism by Governments who think it has gone too far and by unsuccessful applicants and by NGOs who think it has not gone far enough. Sporadic (and fierce) criticism of specific judgments is common. This is unsurprising considering that the European Court of Human Rights regularly deals with some of the most sensitive societal issues.

Such sporadic and decision-based criticism must be distinguished from the systemic and fundamental criticism employed in the UK by the Government, MPs and certain media. This criticism often starts from a specific judgment—the most popular ones being the Hirst, Vinter and Abu Quatada judgments, although outrage has become a routine response to even mildly controversial decisions. This outrage is then employed to systematically question the legitimacy of the European Court of Human Rights and justify why reform is necessary to curtail the Convention system.

This Government position is unique. Such a systemic type of criticism is entirely absent from the mainstream political debate in most Council of Europe countries. Even in countries where a (temporary) increase in structural criticism has been felt—such as in France, the Netherlands and Switzerland, the situation is still distinctively different from the UK. First, the amount of (negative and often distorted) media coverage and political attention in the UK is unmatched. Second, in none of these countries the quest to curtail the Convention system is so prominently on the Government’s agenda. For instance, whenever certain French politicians have questioned the legitimacy of the European Court of Human Rights, this found no real traction in public debate and did not result in any concrete reform proposals.

Reform proposals outside the UK

In the Netherlands, the surge of political criticism was short-lived (from 2010-12) and had only little impact on national legislation or policy. The debate was sparked in 2010 by a newspaper piece of Baudet, which was clearly inspired by the debate in the UK. He claimed that the European Court of Human Rights overly extended the scope of the Convention rights, disrespected national sovereignty and that its political judgments resulted in a ‘take-over’ by the Court. Due to the exceptional political setting at the time, Baudet’s criticism found fertile soil. A minority coalition between the Christian democrats (CDA) and the liberals (VVD) was in place, which was informally supported by the radical populist right-wing party (PVV) in order to guarantee a majority of votes. The minority coalition’s policy was defined by important austerity measures and a strict migration and asylum policy. Moreover, an incident late 2010 concerning the intended expulsion of Iraqi asylum seekers, revealed that the coalition Cabinet and the PVV where critical of the interference by the European Court of Human Rights in the national asylum policy (the European Court of Human Rights had sent a letter imposing a general interim measure in respect of any Iraqi who challenged deportation due to the reported deteriorating security). The criticism tapped into the coalition parties’ Euroscepticism, objection to the supervisory role played by courts and critical stance on the Strasbourg Court’s position in areas of immigration and social security.

This criticism even resulted in a concrete reform proposal of MP Taverne (VVD) (not of the Dutch Government) in 2012, which intends to re-establish the primacy of Parliamentary Acts through amending the Dutch Constitution. First, it pursues to strip Dutch courts of their power to disapply Acts of Parliament when they are contrary to self-executing international law provisions. Second, the bill intends to grant the legislature the power to render a self-executing international law provision inapplicable by the courts. The proposal was highly criticised by the Dutch academia and judiciary. Especially since the change of coalition in 2012, the passing of the bill seems highly unlikely. Former Minister of Security and Justice Opstelten (VVD) declared that the VVD-PvdA Cabinet had no intention of changing the Constitution as proposed by MP Taverne. It should rather be seen as a warning shot aimed at the European Court of Human Rights and the Dutch courts by a section of the Dutch political sphere.

In Switzerland, the right-wing and Eurosceptic Swiss People’s Party—currently part of the Swiss Government—structurally criticises the legitimacy of the European Court of Human Rights. The Swiss People’s Party even contemplates a withdrawal from the Convention if recently adopted popular initiatives on the construction of minarets and on deportation would be found incompatible with the Convention. The Party also introduced an unsuccessful parliamentary initiative to abolish the follow-up mechanism that allows for the revision of a judgment by the Swiss Federal Supreme Court in cases where the European Court of Human Rights has found a Convention violation and considers staging a popular initiative to introduce a new clause into the Swiss Federal Constitution stating that the Federal Constitution is ranked above public international law and has priority over it with the exception of peremptory norms of international law. All other major parties have denounced the initiative and so far it has been the only Swiss party to propose concrete constitutional reforms to (indirectly) reduce the influence of the European Court of Human Rights. In the light of this constant pressure, the liberal FDP did however propose to undertake diplomatic efforts to make sure the European Court of Human Rights ‘is mindful of its core task again.’

Even though reform proposals have been raised to (indirectly) reduce the influence of the European Court of Human Rights in the Netherlands and Switzerland, they have not nearly gained as much following as those in the UK. Despite the UK’s influential role in the Convention’s drafting, the UK Government has continuously had a strained relationship with the Convention system. This conflictual relationship seems to stem from a combination of its tradition of parliamentary sovereignty, the absence of strong domestic judicial rights review, a prevalence of strong Euroscepticism and a perceived pre-eminence of the national legal system. Continuous depreciative news reporting, which is unmatched outside the UK, and a strong populist right-wing party, such as UKIP, the Dutch PVV or the Swiss People’s Party, increase the pressure for the mainstream political parties to adopt a harsher stance on the Convention system.

Important to emphasise is that the UK Conservatives’ proposals and the Dutch MP Taverne proposal are not only a manifestation of counter-dynamics against the ‘Europeanisation’ of national fundamental rights protection (the mission creep argument), but also against the judicialisation of fundamental rights protection. In the UK, there is not only strong criticism by politicians of the European Court of Human Rights, but also of domestic courts’ judgments. For instance, in response to a decision of the UK Supreme Court which held that the life-long inclusion on the Sex Offender Register for all those convicted of a sexual offence with no possibility of review was a disproportionate interference with the right to privacy, UK PM Cameron commented in the House of Commons that it was ‘completely offensive […] to have a ruling by a court that flies in the face of common sense’. Cameron added that he was ‘appalled by the Supreme Court ruling’ and that it was about time that ‘decisions are made in this Parliament and not in the courts.’ As a solution, he put forward … a British Bill of Rights. To a lesser extent, such criticism is also present in the Netherlands. For instance, a national judgment which found a social security reform not in conformity with the European Court of Human Rights case law on Art. 1 Protocol 1 ECHR was strongly criticised by several VVD MPs, who also blamed the European Court of Human Rights for inspiring the national courts.

Unsurprisingly, the Conservative’s proposal for a British Bill of Rights is actually primarily aimed at clipping the wings of national judges in protecting the rights of citizens. Most notably, the introduction of a general clause that would limit the ability to interpret law in a rights-conform manner, primarily limits the competences of UK courts. The practice of constitution-conform interpretation is ubiquitous in the case law of European (constitutional) courts, often developed jurisprudentially since the legal framework is usually silent. Curtailing this practice will have serious consequences for citizens, as domestic courts will have diminished powers to interpret laws in a way which does not violate citizens’ rights. Instead citizens will have to wait for Parliament to amend a law that courts have declared incompatible with a British Bill of Rights. Moreover, this would lead to an increase of open confrontations between Parliament and the courts.

This post relies partly on preliminary results of the country reports received for the volume ‘Criticism of the European Court of Human Rights – Shifting the Convention System: Counter-dynamics at the National and EU Level’ the author is co-editing with Prof. dr. Patricia Popelier (University of Antwerp) and Prof. dr. Koen Lemmens (KU Leuven), which aims to map out the extent of criticism of the European Court of Human Rights throughout the Council of Europe and to what extent this criticism is being translated into concrete reform proposals and changes in domestic case law. Please note that the views expressed here are personal to the author.

Sarah Lambrecht is a law clerk at the Belgian Constitutional Court and a PhD Fellow at the University of Antwerp.