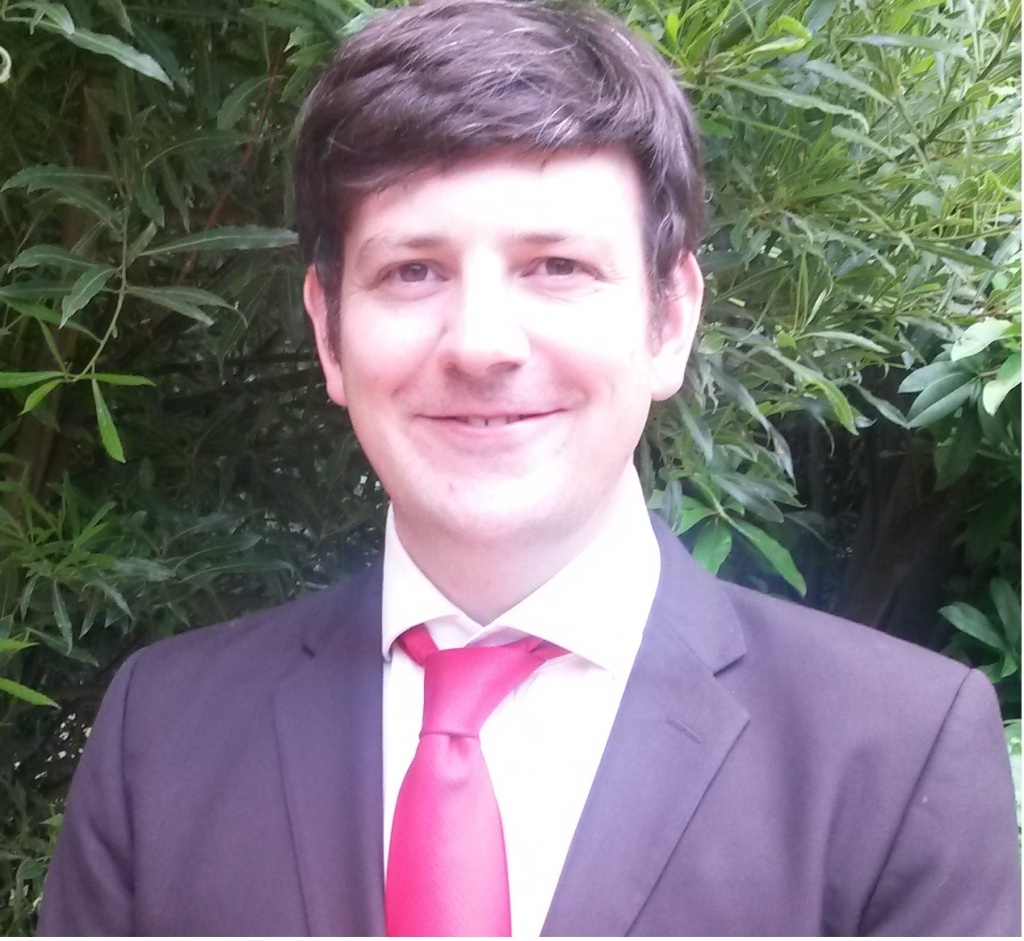 Peter Hennessy’s The Prime Minister: The office and its holders since 1945 is a typically authoritative and entertaining account of the personalities and powers of the Prime Minister, covering the 11 office holders from Atlee to Blair. In relation to the award of peerages and honours he writes

“This is the area of greatest magic and mystery. The working of the honours system has never been opened fully to public scrutiny … Much greater transparency is required here, which may come when the modus operandi of the proposed Appointments Commission for Life Peerages becomes clearer.” (Henessey, 2000; 74-76)

The House of Lords Appointments Commission which Hennessy foreshadowed was established by Tony Blair in May 2000. It remains responsible for vetting nominations for life peers and for recommending individuals to the Prime Minister for appointment as non-party-political life peers. In relation to the latter, it publishes selection criteria which it applies, which includes a statement that the Commission will seek to recommend nominees

with the ability to make an effective and significant contribution to the work of the House of Lords, not only in their areas of particular interest and special expertise, but the wide range of other issues coming before the House.

This is a critical aspect of their work, as the question of expertise is central to the legitimacy of the House of Lords, based on its complementary role (see inter alia, the Joint Committees on House of Lords Reform in 2002 and 2012 ) – as emphasised by the Wakeham Royal Commission which referred to the need for a reformed Lords to continue to be able to undertake investigations “drawing on its members’ broad spread of expertise.”

Drawing on these critical themes of transparency and legitimacy through expertise, this blog examines a recent High Court case involving the Commission.

On 20 January 2015, the High Court handed down judgment in Ranger v. House of Lords Appointment Commission [2015] EWHC 45 (QB) (hereafter Ranger). The claimant, Dr Ranger, had applied to be considered by the Commission as a non-party political life peer, but had not been put forward to the Prime Minister. He did not challenge that decision, but instead sought disclosure of data or information produced by the Commission in respect of their consideration of his application as well as two unsolicited letters sent to the Commission (but was content that the identity of the authors not be revealed to him, according to the judgment).

Counsel for Dr Ranger advanced a number of arguments, and was unsuccessful on all of them, but there are two particularly interesting aspects of the decision.

Firstly, in relation to recommending non-party-political appointments, the judgment states at paragraph 9 that

The Commission publishes the criteria it uses to make this assessment and sets out, in the interests of openness and transparency, how the process is conducted. Ms Clare Salters, Secretary to the Commission, adds in evidence that “at times the Commission also considers whether a nominee’s field of expertise would fill a recognised gap in expertise in the House of Lords, if appointed”.

However, the published selection criteria, provided in the interests of openness and transparency, focus on the ability of the nominated individual to make a contribution to the House of Lords, not on the needs of the chamber. The Commission states elsewhere that the Prime Minister has asked the Commission to consider nominees “who would broaden the expertise and experience of the House and reflect the diversity of the people of the United Kingdom” but there is no reference in the selection criteria to seeking to broaden the expertise and experience of the House. It could be argued that this is implicit in the responsibilities of the Commission. If so, it is unfortunate that that criterion does not make clear reference to the importance of filling gaps in expertise, given the repeated emphasis on selecting individuals solely in accordance with the published criteria and making recommendations “on individual merit and not on any other basis.”

It is also unclear how such gaps are identified, and when this will be a relevant factor in an individual case. The Commission have sought external help, seeking evidence from UCL’s Constitution Unit on the membership of the Lords, and subsequently getting this evidence updated. However, as was noted by the Commission (see minute 7), there are clear caveats to the research, including the fact that the research is designed to indicate current expertise in the House, not to conclusively indicate gaps in expertise; the report states that “indications of gaps are neither complete or definitive.”

Despite these caveats, there is surprisingly little reference to the UCL research or to questions of ‘gaps’ in expertise in published minutes of the Commission. This leaves the process of identifying such gaps in expertise unclear to those of us not fortunate enough to be in the room when the Commission are making decisions. In addition, if, as the Secretary suggests, it is sometimes a relevant consideration (para 9, Ranger), it is not clear when such an assessment will be relevant and when it will be disregarded. In other institutions, when skills gaps are identified, the institution will call for applicants with specific skill sets, but such a step does not appear to have been taken by the Commission, which instead relies on applications, and perhaps on members putting forward their own suggestions (as minutes from December 2007 suggest was their approach at that stage). For an institution with such a vital constitutional role, charged with curating the expertise and therefore the legitimacy of the House of Lords, the lack of clarity on these issues is concerning.

The second matter of wider public interest in the judgment concerns the question of proportionality. The Court found that it was proportionate to maintain a blanket ban on disclosure of data concerning the conferring by the Crown of any honour or dignity. In closing, the court summarised the key argument for Dr Ranger; that greater transparency in the process would provide reassurance to the public at large and to potential applicants. In response to this argument, the Court held that

38. Generally speaking there is of course force in the point that transparency can provide reassurance. But there is a price to be paid by that approach. As already mentioned the availability of access might inhibit frank contributions of information to the appointments process. It is very much in the public interest that decisions about membership of the legislature should be made with full information.

39. The reassurance to which Dr Ranger refers, whether to public or to applicant, is ultimately achieved, not through the availability of the access that he seeks, but rather by the involvement of the Commission. The public has the reassurance of a body that must act in the public interest and which does so in accordance with a process that is published. The Commission accepted by its Counsel, Mr Hooper, that its decisions are amenable to judicial review.

The emphasis of the Court is on trusting the Commission which must act in the public interest, partly because it must act in accordance with a published process, and partly because it is amendable to judicial review. However, this is limited to review on points of law, and as argued above, the published criteria and process is perhaps not as clear as it could be.

In considering the other key base for the Court’s decision – that the certainty offered by a bright line rule is proportionate – it is instructive to compare the reasons of the Court with the approach of the House of Lords and Strasbourg Grand Chamber in the Animal Defenders International case. In ADI, the courts were similarly engaged in considering a blanket ban which was linked to political speech (and the Strasbourg Court specifically noted that the right to freedom of expression includes the right of the public to receive information and ideas on subjects of public interest, at para 102), although the cases were heard on different legal bases (EU law for Ranger and ECHR for ADI). On the question of transparency and openness, Lord Bingham stated (at para 28):

The fundamental rationale of the democratic process is that if competing views, opinions and policies are publicly debated and exposed to public scrutiny the good will over time drive out the bad and the true prevail over the false.

Nevertheless, despite the fundamental nature of public debate, a blanket ban on political television advertising was upheld by the Lords and by the Grand Chamber. The objective – of protecting democratic values from the great risk of being undermined by American-style election spending – was fundamentally important and could not be achieved by less intrusive means. In addition, paraphrasing Lord Bingham and Baroness Hale, Parliament, the custodians of the democratic process, had recently considered the point with some care, and had come to a cross party consensus. Furthermore, ADI were able to get their concerns about animal protection across through other media.

In comparison, Parliament’s consideration of the ban on disclosure in relation to honours was less intensive (Hansard, Col. 314, 24 October 2000), and other than a DPA request, there is no way for an applicant to get the materials. In relation to whether there is a less intrusive approach available, the Court in Ranger held that “If the fullest information is to be provided, there needs where possible to be clarity from the start about whether confidentiality will be respected or not” (para 30). Getting the right balance between respecting confidentiality, protecting vulnerable individuals, and enabling public debate is an important issue in other areas: from academics carrying out empirical research, to child protection and freedom of information. In these contexts, the importance of protecting confidentiality is regularly weighed up against the need for transparency, with information provided on a redacted and anonymised basis, and the Information Commissioner has produced detailed guidance on how to strike the right balance. On the face of it, unlike the risk in ADI, such a concern therefore appears capable of being managed on a cautious, case by case basis. Importantly, such an approach would provide further support for the fundamental value of transparency to better enable and inform public debate.

Critical scholarship has explored expertise in a huge range of areas, including what Miller and Rose describe as the “minor and petty expertises that emerged at the interstices of daily life” (Miller & Rose, 2008; 12), in areas as varied as social work and education to accountancy and psychiatry. This work has exposed the subtle ways in which the apparently neutral and objective deployment of expertise has deeply political objectives, and encourages us to undertake a critical analysis of expertise itself. In the context of an increased emphasis on expertise in accounts of the constitutional role of the Upper House, it is important to try to unpack the ways in which expertise appears in decisions made about the membership of the Lords, and to undertake this task, it is essential that the workings of the gatekeepers to the House are as transparent as possible.

Edward Kirton-Darling is a Solicitor, Doctoral Candidate, and Assistant Lecturer at the University of Kent.