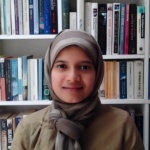 We think this is too pessimistic. The doctrine of legitimate expectations does rest on a coherent foundation, and this post is an attempt to sketch the reason why, based on an analogy with constitutional conventions.

Let us step back for a moment and explain some of the basic features of the doctrine. When you have a legitimate expectation that a decision-maker will follow a procedure or make a decision, you may be entitled to the law’s protection if that procedure is not followed or that decision is not made. There are difficult questions about when, exactly, you are entitled to the law’s protection, and what form that protection should take. But the most basic question – and the one we are discussing here – is what gives you a legitimate expectation in the first place.

At first glance, promises, policies, and practices seem to have little in common. But in fact each of these three grounds of legitimate expectations can be thought of as constituting or making applicable a non-legal rule of one kind or another.

1.     Promises and moral rules. It is widely accepted, including by John Rawls and Joseph Raz, that there is a moral rule that requires people to keep their promises. If you promise to read a friend’s paper, you come under a moral, rule-based requirement to do as you promised. Likewise, if a decision-maker promises to hold a hearing, say, or to provide housing, it triggers the application of the promise-keeping rule.

2.     Policies and self-prescribed rules. Unlike promises, which make applicable a rule, policies are themselves rules. You create a rule for yourself by creating a personal policy, such as a policy not to mark late papers or a policy not to eat dessert. An administrative decision-maker creates or prescribes a rule for itself by making a policy designed to structure the exercise of its powers.

3.     Practices and social rules. Social rules arise, in essence, from a practice of people regularly acting in some way and of them treating that pattern of conduct as a standard or guide to how to behave. The practices that generate legitimate expectations are the same sort of practice. Take R v Inland Revenue Commissioners, ex p Unilever plc. The Inland Revenue had the discretion to accept late claims for tax relief, and on at least 30 occasions exercised that discretion in favour of Unilever. Unilever would submit an estimate, and then after a delay it would submit its final calculation, which the Inland Revenue would accept. This arrangement lasted harmoniously for 25 years. But then one year, without warning, the Inland Revenue enforced the time limit, reaping a ‘windfall’ of £17 million. Unilever successfully claimed a legitimate expectation to an exemption from the time limit. What is significant, from our perspective, is that the ingredients of a social rule are present in the case, too. There was a long pattern of conduct. That pattern was not a coincidence of habits. It grew on itself over time. Past interactions formed the basis of future interactions. There was a ‘scheme of close cooperation’ that the parties ‘faithfully followed’. Just as long practice forms a guide to future conduct in the constitutional context, the long interaction between Unilever and the Inland Revenue helped establish a standard against which the parties conduct could be measured. In this way there arose a norm, a ‘micro’ social rule, between the parties, one that required the Inland Revenue to accept Unilever’s late returns. Other cases (eg, R v British Coal Cpn, ex p Vardy and R v Brent LBC, ex p Gunning) can be thought of similarly.

What we see, then, is a similar dynamic between legal and non-legal rules in the constitutional and the administrative context. In each context, legal rules confer powers and those powers are restricted by non-legal rules. There are differences, of course. The law usually (though not always) protects legitimate expectations, but there is no law requiring constitutional actors to comply with constitutional conventions. It is a serious matter to break a convention, but it is not illegal in itself. (Even if, as Dicey believed, the breach of a convention always leads to a violation of a legal requirement.)

But what about the promises and policies that generate legitimate expectations? Do they not have counterparts in the constitutional context? The Sewel Convention may be an example of a ‘convention’ that arose from a promise, but it is a controversial case. Nor is it easy to think of clear examples of policies that amount to ‘conventions’. It would be surprising – but interesting – if the constitution included non-legal rules of only one mode of origin. That would be a difference with the administrative context, and one without an obvious explanation.

In summary, administrative decision-makers bind themselves with non-legal rules as constitutional actors do. In so binding themselves, administrative decision-makers generate legitimate expectations. That fact helps establish the coherence of the doctrine of legitimate expectations, which has been in some doubt. More generally, it might be possible to gain some insight into the non-legal rules present in the constitutional and administrative contexts by considering them alongside each other. We develop these points in more detail in an article forthcoming in the Cambridge Law Journal.

Adam Perry is a Lecturer in Law at the University of Aberdeen.

Farrah Ahmed is a Senior Lecturer in Law at the University of Melbourne.