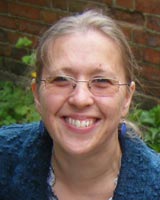 The UK constitution could be compared to Neurath’s ship. Unlike other countries, the UK cannot point to a single defining moment when a constitution was definitively ‘launched’, its provisions set out in one document named ‘Constitution’. The UK’s constitution has evolved over time, building on and replacing the ‘old timbers’ of statutes, common law, conventions, non-legally enforceable rules, prerogative powers, practices and principles that make up our more loosely constructed (and some would argue leaking) constitution. In one sense, the recently enacted Fixed-Term Parliaments Act 2011 is a small timber replacement; just another piece of legislation that regulates constitutional matters by providing for fixed-term Parliaments. However, it also raises more fundamental issues. Just as it may be difficult to determine when a series of small changes has provided Neurath with a new ship, the Fixed-Term Parliaments Act 2011 may be part of a series of small incremental changes that is modifying the fundamental nature of the UK constitution.

On its face, the legislation appears to be modest. It fixes the date of the next general election as 7 May 2015 (section 1(2)) and fixes the terms of future Parliaments to five years (section 1 (3)). Parliament is automatically dissolved 17 working days before the election date (section 3(1)), replacing the prerogative power of the Monarch to dissolve Parliament (section 3(2)). The fixed five-year term can be extended for up to 2 months by a standing order made by the Prime Minister, approved by affirmative resolution of both Houses, with the Prime Minister being required to set out the reasons for the delay in the standing order (sections 1(5), 1(6) and 1(7)). This is designed to enable flexibility should polling day coincide with national or other emergency situations – e.g. as was the case with the foot and mouth crisis in 2002.

There are also two ways in which Parliament can be dissolved before the end of the five-year fixed term. First, the House of Commons, by a two-thirds majority, may pass a motion “That there should be an early parliamentary election” (section 2(1) and 2(2)). Second the House of Commons, acting by a simple majority, may pass a motion “That this House has no confidence in Her Majesty’s Government” which is not followed, within 14 days, by the passing of a second motion, again by simple majority, “That this House has confidence in her Majesty’s Government” (Sections 2(3), 2(4) and 2(5)). In both of these instances, the date for the general election is determined by a proclamation of Her Majesty, on advice from the Prime Minister (Section 2 (7)), Parliament dissolving 17 working days before the date set (section 3(1)).

Sections 4 and 5 of the Act resolve the difficulties arising from the coincidence of the date for the next general election for the Westminster Parliament falling on the same day as the date fixed for elections to the Scottish Parliament and the National Assembly for Wales, moving the date for these elections to 5 May 2016. In addition, the Prime Minister is required to make arrangements for a committee, the majority of whose members must belong to the House of Commons, to carry out a review of the consequences of the Act. The committee, if it finds it appropriate, may recommend the repeal or amendment of the Act, publishing its findings. The arrangements for the committee are to be made no earlier than 1 June and no later than 30 November 2020.

The justification for the legislation, as presented by the Deputy Prime Minister, also appeared to be uncontroversial. Prior to its enactment the power to dissolve Parliament was a prerogative of the Crown. In practice, this meant that the Prime Minister was able to determine the date at which general elections were held, provided that this was within five years from the last general election. As such, the Prime Minister could use this power to time the general election when it would be more likely that the Prime Minister’s government would be re-elected. A fixed term removes this power. It aims to enhance democracy, transferring a power of the Prime Minister to the House of Commons. Democracy may also be enhanced through the codification of votes of no confidence. This may be used both to vote out a Government which has lost the confidence of the House of Commons, but could also be used to require a motion to approve a newly-formed Government. This may give an extra layer of democratic legitimacy when the leadership of a political party changes, leading to the replacement of one Prime Minister with another, where there is a major cabinet reshuffle, or where coalition Governments are formed. However, the two-thirds majority required to call an earlier election may be nigh on impossible to obtain. In addition, the Monarch still retains her power to prorogue Parliament (section 6(1)). This may leave open the possibility of the Prime Minister responding to losing a vote of no confidence by requesting the prorogation of Parliament, ensuring that a different Government cannot be formed and obtain the approval of a vote of confidence within 14 days, thus forcing a general election.

However, even if there is general agreement surrounding the desirability of enhancing the powers of the House of Commons vis-à-vis the power of the executive, there was still a degree of controversy surrounding the provisions of the Act. Is five years too long? Five years may have been the maximum length of Parliament but, even if the face of more recent longer terms, it is by no means the average length of modern Westminster Parliaments. Moreover, research carried out by the Constitution Unit demonstrated the preference for shorter terms in most other legislative chambers and strongly advocated a four-year fixed term. Despite this, an amendment to move to four year terms was defeated.

Are fixed-term Parliaments a good idea generally, or are they merely required for a coalition Government? This issue led to deadlock, with the House of Lords proposing a ‘sunset’ clause requiring both the House of Commons and the House of Lords to renew the legislation after each general election. The deadlock between the two houses  was finally resolved through the insertion of the requirement to arrange for a committee to review the Act in 2020 (the Parliament Act 1911-1949 procedure could not be used, given the provisions in the legislation enabling the life of Parliament to be extended to more than five years).

More fundamentally, the Act has deeper constitutional implications. First, it is further evidence of the codification/legalisation of the UK constitution? The prerogative power of the Monarch to dissolve Parliament is replaced by a legally regulated power; the consequences of votes of no confidence are no longer regulated by constitutional convention but by statute. This raises the issue as to whether these matters will be regulated by the courts, or whether the courts would regard these issues as non-justiciable being the subject of parliamentary privilege. Second, the Act was referred to in debates as a ‘constitutional’ statute. As such, should it be interpreted differently by the courts than other statutes (Robinson v Secretary of State for Northern Ireland); be incapable of being impliedly repealed (Thoburn v Sunderland City Council); or should it have been enacted differently from other, ordinary legislation, perhaps requiring White and Green papers and greater pre-legislative scrutiny, or even a different voting mechanism, as in the two-thirds voting requirement for the motion for an earlier general election (see  House of Lords Constitution Committee Report The Process of Constitutional Change, 15th Report of 2010-2012)? Third, there are implications for parliamentary sovereignty. Dicey’s conception of sovereignty clearly requires that all statutes are equal, but the increasing recognition of ‘constitutional statutes’ would suggest that some statutes are more equal than others. The reference in the title to Parliaments as opposed to Parliament and the rejection by the House of Commons of the ‘sunset’ clause clearly indicates an intention that this legislation binds future Parliaments. However, there are no provisions specifically preventing Parliament from enacting legislation to amend or overturn the Act. Moreover, it may be possible for Parliament to repeal the Act by implication; enacting legislation to dissolve Parliament, or providing for an earlier election. Is the Act further evidence of a challenge to the accuracy and normative justification of ‘Parliamentary Sovereignty’ as a fundamental feature of the UK Constitution?

More fundamentally, it calls into question the way in which our constitution is formed. The Act modifies the definition of Parliament and the way in which it votes. Does or should Parliament have the power to redefine itself If so, than Neurath’s ship really would have been replaced. As with most aspects of the UK constitution, only time will tell. But perhaps a better understanding of the provisions of the Act is to see this as a step towards, as opposed to the accomplishment of, a definitive shift to fixed-term Parliaments. Not only does the Act itself require a committee to investigate whether the Act should continue in force, but also, should its principles be ignored, the courts will be called upon to resolve the perceived constitutional crisis. To interpret the Act as a further example of the way in which Parliament may bind its successors my remove this essential checking function of the court, replacing its ability to assess legal and political realties with an obligation to interpret a statutory provision according to the will of Parliament (however difficult this may be to ascertain). This may damage the flexible, evolving nature of the UK constitution, as well as granting far greater powers to Parliament than Dicey’s theory may have originally intended.

Alison L. Young is a Fellow at Hertford College, Oxford.