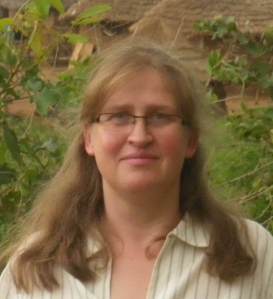 If the Labour Party supported Scottish devolution as a means of ‘dishing the Nats’, it is a tactic which has spectacularly backfired.  At the fourth Scottish Parliament elections on 5 May, the Scottish National Party (SNP) won an overall majority of seats, enabling them to form the first majority government in Scotland since devolution.  Previous elections produced two Labour-Liberal Democrat coalitions between 1999 and 2007, and a minority SNP administration between 2007 and 2011.  This time, the SNP have taken 69 out of the 129 seats in the Parliament, an increase of 22 on their 2007 performance.  Labour now have 37 seats, down 9; the Conservatives 15, down 2; the Liberal Democrats, 5, down 11; the Green Party remain at 2; and the Independent, Margo MacDonald, retained her seat.  (N.b., boundary changes since 2007, mean that the figures are not directly comparable).

Four things are particularly notable about the composition of the new Parliament.

First, the SNP won 53 out of the 73 constituency seats elected by first past the post (FPTP), an astonishing reversal of the position at the first Holyrood election in 1999, when the Labour Party won 53 seats and the SNP took only 7.  The additional member system (AMS) was adopted for Holyrood elections precisely because of Labour’s overwhelming dominance in Scotland under FPTP.  Even at the 2007 election, when Labour gained one seat fewer overall than the SNP, they won 37 constituency seats, compared with only 15 in 2011.

Second, the result demonstrates the imperfect proportionality of AMS.  The SNP gained 53% of the seats at Holyrood, but only 45.4 % of the constituency vote and 44 % of the regional vote.  Previous elections have produced similar boosts in share of seats compared to share of votes for the largest parties, suggesting that the ratio of ‘top-up’ regional list seats to constituency seats is not enough to compensate for the disproportionality of FPTP.

Third, the slight difference in share of votes as between the constituency ballot and the regional ballot indicates that at least some voters are continuing to use their two votes differently.  The regional vote may be used, for example, to support a party which has little chance of winning a constituency seat, or to express a second preference; conversely, the constituency vote may be exercised tactically, or by reference to the candidates’ personal characteristics.

Fourth, despite fears that the gender balance in the Parliament would worsen, it has actually improved slightly, with an increase from 43 to 45 female MSPs (35%), although this remains below the high of 39.5% achieved in the 2003 election.  Paradoxically, the increase appears to be attributable to Labour’s poor performance in the constituency vote; whereas it fielded only 18 out of 73 female constituency candidates, women were well represented in its regional lists, with most lists being ‘zipped’ with alternate male and female candidates.  By contrast, the SNP does not appear to have adopted any affirmative action measures, and its gender balance, with just 17 female MSPs (24%), is significantly worse than that of the other main parties (Labour 45%; Conservatives 40%).  Racial diversity in the Parliament has also improved very slightly, with two Asian MSPs elected in 2011 (one each for Labour and the SNP), compared with one in 2007 and none in either 1999 or 2003.

To what is the SNP’s success attributable?  There seems to be general agreement that it does not represent a sudden upsurge in support for independence.  Rather, it seems to be due to a combination of factors:

First, the party has a popular and charismatic leader in Alex Salmond, who ran a quasi-presidential campaign.  His personal share of the vote in his Aberdeenshire East constituency rose by 21.3 percentage points to 64.5%.  He and his party faced lacklustre opposition, especially from Labour, which managed to throw away a sizeable poll lead in the months before the election was called.  Both the Labour and Liberal Democrat party leaders, Iain Grey and Tavish Scott, have already announced their resignations, and the Conservative Party leader, Annabel Goldie, has also faced resignation calls.

Second, despite running a minority government since 2007, Salmond and his ministerial team gained a reputation for competence, making no major mistakes and suffering none of the personal scandals that dogged previous Scottish administrations.

Third, the SNP has successfully ‘detoxified the brand’.  Once regarded as the ‘Tartan Tories’, the party is now positioned well to the left of Labour (although, at the same time, it remains strongly pro-business).  Policies such as a five year council tax freeze, free prescription charges and free university education proved popular with voters, although it remains to be seen whether these will in fact be affordable.

Fourth, the party was the only one to offer a positive, and distinctively Scottish, vision of the country’s future, particularly around the development of renewable energy.  Again, it remains to be seen whether this vision will be realisable (not least because the Scottish Parliament and Government do not control all the policy levers necessary to achieve it).  Nevertheless, the Parliament does appear to have established itself as Scotland’s national forum in which Scottish issues play the decisive role in how people vote.  Unlike local government elections, Scottish Parliament elections do not seem to be treated primarily as an opportunity to express an interim verdict on the performance of the UK government.  This explains the disparity between the results of the 2011 Holyrood elections and the 2010 Westminster elections, in which the SNP secured just six seats.  That said, turn out remains disappointing for Holyrood elections, at just 50% in 2011, down from 51.3% in 2007.

First, there will be none of the delays and uncertainties in forming a government that followed previous Holyrood elections, although formation of the government is not automatic.  The appointments of both the First Minister and the other Scottish Ministers require to be approved by the Parliament (within 28 days of the election) before being made by the Queen.  The first meeting of the new session will be on Wednesday 11 May.

Second, Salmond has a much larger field from which to appoint his ministerial team.  After the 2007 election, he made a virtue out of necessity by appointing a pared-down ministerial team, with thematic rather than departmentally-based portfolios.  This approach is regarded as having been effective, and it is yet to be seen whether or not it will change.

Third, and most importantly, the SNP will have much greater freedom than during the last Parliament to pursue their policies – and a longer period in which to do so.  In order to avoid a clash with the next Westminster election, the Fixed Term Parliaments Bill provides for the next Scottish Parliamentary election to be held on 5 May 2016, instead of 5 May 2015.  The 2007 – 2011 session was notoriously light on legislation compared to the first two Parliamentary sessions, and the Scottish Government was constrained by its lack of majority.  For instance, it initially failed to have its 2009 budget approved by the Parliament, and managed to pass it at the second attempt only by making concessions to other parties.  In addition, some flagship proposals – most notably legislation to replace the council tax with a local income tax and to pave the way for a referendum on independence were dropped altogether because of Parliamentary opposition.  The SNP now has the numbers to take forward both policies, although its manifesto merely undertakes to consult on replacing the council tax with a fairer system based on ability to pay during this Parliament.  On the other hand, a referendum Bill has been promised in the second half of the Parliamentary term.  Meanwhile, the party intends to press for amendments to the Scotland Bill to further strengthen the Scottish Parliament’s financial powers.

Independence – and what precisely that means in an interconnected, globalised world – will, in all likelihood, be the issue that receives the greatest attention over the next few years.  Formidable obstacles remain in its path, not least the legality of any referendum Bill passed by the Scottish Parliament.  The UK government has said that it will not dispute the vires of such a Bill, but that does not mean that others will not.  Assuming that any such challenge fails (and this is likely to depend upon the exact wording of the Bill), securing a majority in favour of independence will be the next hurdle to overcome.  At the moment, no-one expects that to happen – opinion polls consistently show support for independence at no more than around 25 to 30%.  Then again, a week ago, no-one predicted that there would be a majority SNP government at Holyrood.

Aileen McHarg is a Senior Lecturer in Law at the University of Glasgow.