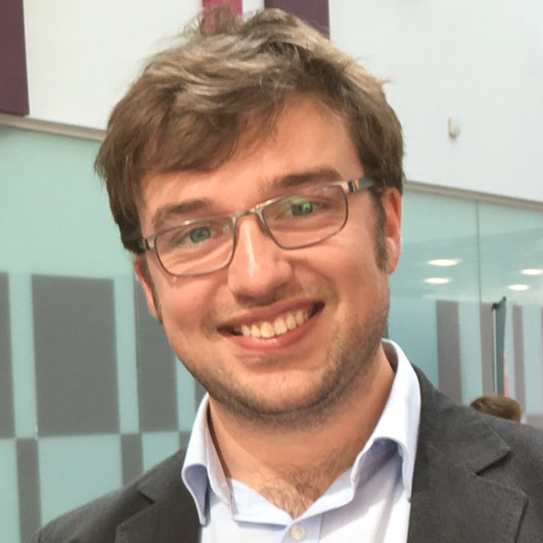 On 22 November 2021, after more than two months of talks, the Welsh Labour Government and Plaid Cymru published the text of a Co-operation Agreement (hereafter “the Agreement”) setting out how the two parties will work together during the Sixth Senedd. Unlike previous examples of cooperation between the two parties, the Agreement does not amount to a formal coalition and will not see Plaid Cymru enter the Welsh Government. Instead, the Agreement is for a period of three years and lists nearly fifty separate policy commitments on which the parties will cooperate. In this blog post, I will analyse the background and political context surrounding the Agreement, before then moving to consider those parts that deal with constitutional matters relating to Welsh devolution.

As already mentioned, the Agreement is not the first example of cooperation between Welsh Labour and Plaid Cymru in the Senedd. Previously, the two parties have worked together through formal coalition under the One Wales Agreement (2007-2011), and more recently through a ‘compact’ co-operation agreement (2016-2017). On both occasions, the parties demonstrated their ability to find common ground across a range of policy areas, including on constitutional matters relating to the status and future of Welsh devolution.

In the text of the recent Agreement, the leaders of the two parties set out their commitment to co-operate in order to provide a ‘strong Welsh Parliament’ in response to external challenges, including attempts by the UK Government to ‘turn back the clock on devolution’ following the UK’s withdrawal from the European Union. Viewed broadly, this Brexit related angle in the Agreement builds on previous episodes of co-operation between the two parties, including the joint white paper, Securing Wales’ Future (2017), which set out the two parties willingness to co-operate in reference to the threats posed to the devolution settlement by the UK’s withdrawal from the European Union. Thus, while promising a radical agenda of environmental and social reform, the Agreement also reflects the shared values of both parties to defend the constitutional status of Welsh devolution, while also seeking to expand the Senedd’s legislative competence.

Outside of agreements made between the two parties, the Sixth Senedd also looks set to see a continuation of the Welsh Labour Government’s application for judicial review of the UK Internal Market Act 2020. The Welsh Government’s original Grounds of Claim were structured in two parts; that the Act works to impliedly repeal parts of the Government of Wales Act 2006 in a way that would diminish the Senedd’s legislative competence, and that the Act confers wide Henry VIII powers on the UK Government to substantively amend the Government of Wales Act 2006 in a way that would ‘cut down’ the Welsh devolution settlement. Following the Divisional Court’s decision in April 2021 to refuse permission for judicial review on the grounds of prematurity, the Court of Appeal has since granted permission to appeal the decision of the Divisional Court. The Counsel General informed the Senedd in July 2021 that a hearing will be listed in due course.

Turning now to consider the contents of the Agreement in more detail, the main text sets out nearly fifty policy areas where the parties have agreed to cooperate over the next three years. In framing these policy commitments, the information provided in the Agreement varies in detail and includes some matters on which the ‘support’ of the two parties is explicit – such as providing free school meals to all primary school pupils – as well as a second category of commitments where the parties set out their willingness to ‘explore’, ‘examine’ or ‘work towards’ potential future reforms. Contained within this second category are certain commitments that sail close to the present limits of the Senedd’s legislative competence. These include commitments to explore the creation of a shadow Broadcasting and Communications Authority for Wales, as well as investigating the reform of energy policy in Wales to pursue a net zero target by 2035. The Agreement recognises that to actively pursue both aims would require the devolution of matters that are currently, either wholly or in part, listed as reserved under Schedule 7A of the Government of Wales Act 2006 – namely, ‘broadcasting’ and the ‘Crown Estate’. On this point, the Agreement notes the parties support for the devolution of both areas of subject matter competence.

Alongside these points on future devolution, it is also interesting to note those areas where the Agreement is silent. On the question of the potential further devolution of powers to Wales, the Agreement does not reference the devolution of policing and justice, despite both parties’ support for the recommendations put forward by the Thomas Commission (2019) during the Fifth Senedd. Another area where the Agreement is silent refers to the arrangements for day-to-day co-operation between the two parties. As the Agreement does not create a formal coalition, there remain questions on how the two parties will work together in practice. Some detail on this point is offered in a blog published on Labour List by the Counsel General and Minister for the Constitution, Mick Antoniw. This references the creation of a shared civil service department, as well as the appointment of two Plaid Cymru special advisers to assist the Welsh Government. There remain questions, however, on the status and accountability of Plaid Cymru’s special advisers, as well as on wider practical matters such as potential mechanisms for dealing with dispute resolution, collective responsibility or wider policy discretion between the two parties.

The central commitment on constitutional matters within the Agreement refers to Senedd reform. Under section 111A of the Government of Wales Act 2006, the Senedd holds the power to amend its own operating procedure, size and electoral system. Since receiving these powers under the Wales Act 2017, these powers have been utilised to change the name of the Welsh legislature, as well as extending the franchise to 16 and 17 year olds in Senedd elections. With a view to further utilising the powers under section 111A, the Agreement sets out the parties’ support for two additional and interconnected areas of Senedd reform. The first deals with the longstanding issue – dating back to the Richard Commission (2004) – of increasing the number of Members of the Senedd (MSs). In principle, this commitment commands cross-party support in the Senedd, however a consensus is yet to emerge on the target number for new members and as such the Agreement includes a target for a new total of between 80 and 100 MSs.

The second commitment deals with the more controversial matter of amending the voting system for Senedd elections. On this point, there is a clear difference in views between Welsh Labour and Plaid Cymru. The latter supports a significant increase in the proportional element of the current Additional Member System, whereas Welsh Labour appear reluctant to support significant change and has traditionally fared well in the constituency vote. The lack of consensus between the two parties is evident in the text of the Agreement which notes only the parties support for ‘a voting system, which is as proportional – or more – than the current one’. An element of electoral reform where the parties do align, however, refers to the commitment to introduce gender quotas into law for Senedd elections.

On both sets of commitments for Senedd reform, the Agreement stops short of offering explicit detail but rather includes a commitment to introduce a Senedd Reform Bill 12 to 18 months following the publication of the report by the new Senedd Special Purpose Committee. The Committee was established on 6 October 2021, following a vote in Senedd plenary. The terms of reference for the new Committee are to consider the recommendations set out by the Committee on Senedd Electoral Reform which published its report on 10 September 2020. Under the terms of reference agreed in Senedd plenary, the Special Purpose Committee has until 31 May 2022 to publish its recommendations, meaning that if this timetable is maintained a Senedd Reform Bill will likely be introduced during the second half of 2023.

Outside of Senedd reform, the Agreement also sets out the two parties’ support for the recently created Independent Commission on Wales’ Constitutional Future. The Commission will operate under two broad objectives: (1) To consider and develop options for fundamental reform of the constitutional structures of the United Kingdom, in which Wales remains an integral part; (2) To consider and develop all progressive principal options to strengthen Welsh democracy and deliver improvements for the people of Wales. Indicative of the underlying differences between the two parties in their long-term constitutional ambitions for Wales, the Agreement outlines that the parties may make separate submissions to the Commission.

Looking ahead, the contents and agreed three-year timescale of the Agreement offers a clear indication of the central policy platform for much of the Sixth Senedd. From a constitutional perspective, the objectives set out in the Agreement aim to pursue a number of important steps in seeking to protect and strengthen the Welsh devolution settlement, as well as also pursuing an active agenda for further devolution. While the future remains uncertain, it also appears likely that the Agreement will result in a Senedd Reform Bill being introduced to address longstanding issues relating to the size of the Senedd and its electoral system. Should such proposals become law, they would mark a definitive milestone in enhancing the powers of the Senedd and furthering the coming of age of Welsh devolution.

With thanks to Professor Michael Gordon and Professor Alison Young for comments on an earlier draft of this blog.

Dr Gareth Evans is a Lecturer in Law at the Hillary Rodham Clinton School of Law, Swansea University