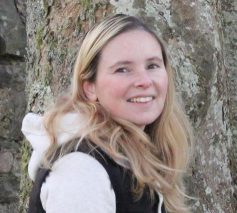 In April 2009 Administrative Courts were established in Birmingham, Cardiff, Leeds and Manchester to deal with judicial review claims and other aspects of the Administrative Court’s jurisdiction. An important aim of this reform was to improve access to justice by ensuring that public law claims are issued and heard at the most appropriate location. In this post I consider some recent data relevant to whether the ‘regional’ Courts are continuing to achieve this aim in 2016.

In 2013 Professor Maurice Sunkin and I published an assessment of the early effects of regionalisation on access to judicial review and the development of ‘regional’ (including in this instance Welsh) markets for legal services in public law. This assessment was based on Administrative Court data from two years immediately prior to regionalisation to two years immediately after; from 1 May 2007 to 30 April 2011 inclusive, alongside practitioner surveys and interviews.

One hypothesis we raised was the hope that regionalisation would encourage ‘regional’ awareness of judicial review and a de-centralisation of the market for public law legal services potentially leading to greater competition, increased efficiency and reduced costs. We argued that the practical importance of regionalisation would depend largely on whether it helped improve the ability of those outside London and the South East to obtain public law redress, for instance by encouraging a more diverse supply of legal services in public law cases.

For the period up to and including 30 April 2011 we concluded that regionalisation was yet to have major effects on the supply of legal services by generalist firms of solicitors and that there were no clear signs that populations local to the ‘regional’ Courts were accessing the public law system in a way that differed markedly from patterns established prior to regionalisation. We found that where claims are filed often depends more on the location and litigation strategy of solicitors than on the geographical proximity of the claimant to the ‘regional’ Court. At the time we believed that market forces and public funding policies were encouraging specialisation in the provision of legal services and that regionalisation was reinforcing this, our concern then was that the broader needs of ‘regional’ populations would go unmet.

Returning to the topic in 2014 I analysed further Administrative Court data from 1 May 2011 up to and including 30 April 2014. I questioned whether the ‘regional’ Administrative Courts were providing Justice Outside London, five years on from their establishment. Whilst I noted a general trend of growth in the number of claims issued in the ‘regional’ Courts and the proportion of all Administrative Court claims which these constituted, I was concerned that there had been a notable decline in the number and proportion of ordinary civil (non-asylum and immigration) judicial reviews issued outside London between 2012–13 and 2013–14 (I do not consider asylum and immigration claims in this post).

Previous research by Lucinda Platt, Maurice Sunkin and Kerman Calvo has noted the value of considering the incidence of judicial review litigation in the context of population statistics as this provides a clearer indication of the relative levels of judicial review activity than can be discerned from the volume of claims alone. When looking at the number of ordinary civil judicial reviews issued in each ‘region’ per-head of relevant population it could have been argued that the data post regionalisation showed a general trend of increase in claims per head of population outside London and southern England, and a concomitant decrease in claims per head of population in London and southern England. Yet from 2013–14 onwards the figures appeared to buck this trend and aligned with other findings that the incidence of ordinary civil judicial review outside London had suffered a recent decline.

That said, the data does have to be carefully interpreted, although Practice Direction 54D Administrative Court (Venue) generally requires claims to be issued in the most appropriate venue, and this is often the Court with which the claimant has the closest connection, the location of advisers, and of course the defendant, is also relevant. It cannot be said that claims will always be issued in the Court serving the region to which the specific legal issues relate.

By 2014–15 the number of ordinary civil judicial reviews issued by claimants with addresses outside London and southern England stood at 404 (41.8% of all such claims); in 2015–16 it was 341 (39.4% of all such claims). However, at least in the last two years, 2014–15 and 2015–16, where claimant addresses are available, claimants in ordinary civil judicial reviews with addresses in the ‘regions’ are no more likely to be LIPs than claimants with addresses in London and southern England (in fact regional claimants are less likely to be LIPs). The main reason why there is some mismatch between the proportion of claimants with addresses in the ‘regions’ and the proportion of claims issued in the ‘regional’ Courts is the extent to which ‘regional’ claimants instruct solicitors (and/or barristers) primarily from London but also from other ‘regions’ beyond their own. There is also the matter of regional LIPs issuing claims outside their own ‘region’; there still appears to be some evidence of a preference for issuing in London.

The proportion of ordinary civil judicial reviews issued by solicitors based in the Court Circuit areas that gained new ‘regional’ Courts has actually decreased, from 41% of all ordinary civil judicial reviews in 2007–08, to 36% in 2013–14. This went up again to 37% in 2014–15, but down again to 32% in 2015–16 (the lowest figure recorded across the whole research period). Location of the nearest Court and location of legal representatives continue to be just two factors among what may be many others relevant in choosing where to issue a claim.

Both Professor Sunkin and I (in 2011), and myself (in 2014), speculated that legal aid reforms were likely to be at least partially responsible for the increasing proportion of LIPs and for the decline in the activities of more generalist ‘regional’ solicitors. The data also shows a consistent 65% of solicitors issuing ordinary civil judicial reviews issue only one claim in any given year, showing that judicial review is not and never has been a ‘lucrative industry’ for most.

Whilst it is difficult to draw solid conclusions in this short post and from caseload statistics alone, the data appears to show that concerns about regionalisation leaving the wider needs of regional communities unaddressed continue to be well-founded. Caseload data also does not give us much insight into the extent of ‘unmet’ demand for public law litigation (in the regions and beyond); the implied decline in the broader activities of regional solicitors and continued growth in unrepresented litigation across the board may be particularly worrying in this regard.