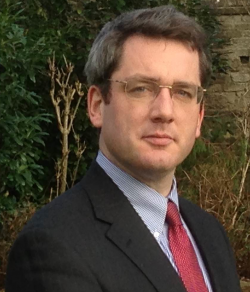 Towards the end of the 1990s I was invited to a workshop just outside of Berlin at which a group of young academics gathered to discuss the future of the European Union.  The workshop was funded by a German think-tank that had generously, if perhaps misguidedly, provided significant amounts of food and drink to assist the process of contemplation.  We had a great time, but by the end of the two days the future of the Union was, if anything, rather blurrier than it had been at the start.

One conversation I had at the workshop has stayed with me.  An earnest German doctoral student tackled me about Britain’s position on the Eurozone.  He wanted to know why Britain had decided not to join, and voiced a dark suspicion as to the answer. Was it true, he asked, that Britain planned to wait, see how the currency union functioned, and join only if it was a success?  I was able to answer this one.  He was quite correct; Britain would only join if we thought it was in our national interest to do so and, at present, we didn’t.   He seemed unhappy with this, and it was then we each realised that there was a profound divide between our understandings of the European project.  For him, Europe was an embryonic state: decisions about it should be made in the best interests of the people of Europe as a whole and – perhaps connectedly – in ways that buttressed and strengthened European Institutions.  For me, in contrast, Europe was a collection of sovereign states that had agreed to work together for mutual benefit.  Each state should make decisions in the best interests of its own citizens – and the European Union operated where these interests overlapped, or where the benefits of a compromise outweighed its costs.  My German friend thought I was cynical and scheming, whilst I thought he was misguided and naïve.  We were both too polite to express these thoughts.

The model of the European Union as a putative state can be seen within the structure of European Constitutional Law.  The supremacy claims levelled by the European Court of Justice (now renamed the Court of Justice of the European Union) resemble those made by a federal state’s supreme court.  To simplify, the ECJ claims that European Union Law takes precedence over domestic law, that it – the ECJ – has the final say about the interpretation of European Union Law, and that it – the ECJ – has the final say about the extent of European Union Law.  The task of national courts, on this account, is to then dutifully apply these decisions.  The recent case of Melloni underlined this: according to the ECJ even the human rights protections found in the Spanish Constitution had to bow to European Union Law.  If national courts fully accepted these claims, it would seem that the European Union is already well on its way to constituting a federal state; Member States would have lost the capacity to make the final decision about the laws operative in their territory.  They would no longer claim, in Max Weber’s terms, the monopoly of the legitimate use of force within their borders; instead, the final arbiter of the legitimacy of force would be an external body, the ECJ (which would either determine its legitimacy directly, or decide that it fell within the jurisdiction of national courts to decide).

In the 1990s and into the early years of this century, the European Union accreted various other state-like features.  The high-water mark of this approach was the Treaty Establishing a Constitution For Europe, signed in 2004.  The decision to label this document a ‘constitution’ was, itself, significant, and it included a range of decorative constitutional statements – a flag, an anthem, a special day, and the temptingly Hegelian motto: ‘Unity in Diversity’.

If it were this model of Europe that was on offer to the people of Britain in the June referendum, they would be right to reject it.  The European Union lacks the depth and richness of political community needed to support a successful state.  Though its democratic structures – in particular the European Parliament – are far more than mere decorations, they have failed to connect with the peoples of Europe – and the peoples of Europe have failed to connect with each other.  Democracy is not simply about creating formal institutions through which people can have their say, it also requires that people make use of these structures and, furthermore, that they discuss and deliberate public issues amongst themselves, outside of these structures.  Giving the final say about how public power should be exercised within Britain’s borders to the European Union would be to entrust this decision to a body with only a weak connection to British citizens, whose decision-making structures are opaque and often unaccountable.  We would be sacrificing a reasonably successful constitutional ordering – Britain’s – for a moderately successful one – that of the European Union.

But my conversation in Berlin was many years ago.  When David Cameron returned to Britain with his set of concessions, theatrically wrestled from the European Council in February, the key ‘concession’ – that Britain will no longer be committed to ‘an ever closer Europe’ – may well have surprised many.  But the surprise was probably occasioned less by the fact this was conceded, and more by the realisation this claim is still to be found in European Law.  It is an expression of a vision of Europe that is now shared by few.  The Constitutional Treaty may well have been the strongest manifestation of this vision, but it was very publically rejected by referendums in France and the Netherlands, and, whilst many of its provisions lived on in the Lisbon Treaty, the ideal of the European Union as a state has steadily faded away.  Indeed, the supremacy claims advanced by the ECJ, discussed a few paragraphs ago, are embraced by few courts outside of Luxembourg.  In the HS2 Case [2014] UKSC 3 the British Supreme Court – following a model set by the German Constitutional Court, and copied in the jurisprudence of many other Member States – made it clear that European Law relied on national law for its effectiveness, and was subject to national constitutional principles and statutes.  The further assertion that it is the British Supreme Court, not the European Court of Justice, that is the highest court within the United Kingdom was plain, if not made explicit.  When the Melloni case returned to the Spanish Constitutional Court a similar judgment was handed down.  The Spanish Constitutional Court modified its jurisprudence on the right to a fair trial to bring it into line with the decision of the ECJ – but, at the same time, it made it clear that the Spanish Constitution was the highest law in Spain, and that it, the Spanish Constitutional Court, was the arbiter of its meaning and application.  Whilst in Melloni it was possible to reconcile Spanish constitutional law and European Union Law, if such a reconciliation were not possible Spanish Law would prevail.

The model of Europe that we now have is a set of structures through which sovereign states can work together.  Europe is no longer – if it ever was – seeking to supplant national constitutional orders.   What the European Union offers the United Kingdom is a sophisticated and powerful set of confederal institutions through which we can cooperate with other European states to our common benefit.   This decision to cooperate, to make use of these structures, does constrain our capacity for independent action – but it would be a mistake to equate independence with control.  In this respect there is a clear lesson to be drawn from Scotland’s independence referendum held in 2014.  In the course of the debate before that vote, it became evident that on many issues – most notably, perhaps, those relating to the currency and economy – Scotland might find that secession would trade control for independence.  Whilst as a sovereign state Scotland could issue its own currency, set its own base rate, and so forth, the economic realities that spring of a small country with close ties to a far larger neighbour entailed that many of these decisions would be made by the remainder of the United Kingdom.  Scotland would have gained independence, but would have lost a share in decisions that affected its citizens.  Similarly, and for the same reasons, after Brexit the Brexiteers will find that they have sacrificed control for independence.  First, following the example of Norway and Switzerland, it is likely that the United Kingdom will discover that in order to gain access to European markets Britain will have to accept many of the regulations it hoped to escape – and might even find itself making a financial contribution to the running of European institutions it no longer shares control over.  Second, many of the challenges of the immediate future – the migrant crisis, a resurgent China, an increasingly bellicose Russia, and the over-powerful private corporations of the internet age – are all challenges that will require a European response. Following Brexit, British citizens might discover that decisions central to Britain’s national interest are still being made in Brussels, but now without British involvement.

One of the explanations for the attractions of Brexit is an understandable – even correct – rejection of the utopianism of those who argue for a federal model for the European Union.  But this dream does not capture the modern reality of the Union, a reality in which sovereign states have created a set of structures and institutions that enable them to act together for their common advantage. And, as the Euro-zone shows, these states may embrace varying levels of integration depending on their understanding of their national interest.  Though it may disappoint my German friend, this is not a second-best form of European integration, but rather a model of the Union that seeks to combine the constitutional strengths of the Member States – in particular, their democratic structures – with the coordinating capacities of European institutions.  This is a model of Europe we have reason to support, and of which we should be proud.

This post originally appeared on the I-CONnect blog, and is reposted here with thanks.