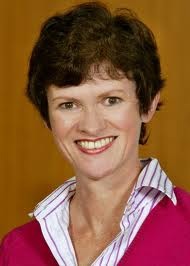 Editors’ note: The blog is inviting constitutional lawyers to comment on the UK Government’s proposal to repeal and replace the Human Rights Act. We continue with a post by Janet McLean, Professor of Law and Associate Dean (Research) at the Faculty of Law, University of Auckland. You can read the other contributions in this series here. Posts on the topic are welcome.

In an earlier blog post Grégoire Webber and Graham Gee reminded us that the debate about the British Bill of Rights had lost sight of the fact that it is possible for countries with long and rich traditions to “manage” without a judicially enforced Bill of Rights (Australia) or with a much weaker statutory bill of rights (New Zealand) or without supervision by an international court (Australia, Canada, New Zealand). I begin with the ways in which these other jurisdictions have chosen to give effect to international human rights obligations.

The rights mentioned in each of these jurisdictions can be sourced to international human rights instruments. All three jurisdictions begin with a strong tradition of parliamentary democracy. They all accept that there can be reasonable disagreement about the nature and content of rights. And most of them, especially the Victorian Charter of Rights and Responsibilities, are models which are intended to provoke dialogue between judges and parliament about what exactly is the nature and content of rights. All three jurisdictions “bring rights home” in their different ways.

The usefulness of such alternative models depends on exactly what is the nature of the objections held to the status quo – the UK Human Rights Act 1998. The prevailing political objection does not seem to be to the idea of protecting rights per se – the very idea of a British Bill of Rights seems to suggest that rights should continue to be protected at least so long as they are the “right” rights. Rather, the objections must be to who currently gets to define what rights are and how they are enforced. Should Parliament have more say than the domestic courts? Should an international court have more say than the domestic court?

It is quite true that Australia and New Zealand provide examples of “weaker” forms of rights protection – weaker here meaning that Parliament rather than the courts has much greater power to decide whether legislation is consistent with rights. The Australian Human Rights (Parliamentary Scrutiny) Act 2011 (Cth) is the most extreme example of this. Scrutiny for rights compliance is left entirely with politicians with help from various government agencies. It is too early to say whether this scrutiny will be effective in the sense of allowing Parliament to challenge the executive’s views about what rights require.

The New Zealand Bill of Rights Act 1990 is closer to the UK model. It relies on judicial interpretation as the main remedy for rights violation, but if an interpretation inconsistent with rights is not possible the statute prevails. The interpretative test is slightly weaker than s 3 Human Rights Act 1998. In New Zealand there have been judicial suggestions that a formal declaration of inconsistency (incompatibility) may be available though there is no statutory provision for this. The majority of the Supreme Court in Hansen v R [2007] NZSC 7 (for example) was prepared to state that the reverse onus provision was inconsistent with the Bill of Rights. Parliament was not required to respond in any way and did not repeal or amend the provision. If a statutory provision appears to a court to be in direct violation of protected rights there are no mechanisms by which to refer the statute back to Parliament for reconsideration of the human rights questions. These are, however, relatively minor differences between the texts of the two statutes. What makes the biggest difference in practice between the NZ and UK models is the international dimension (J. McLean, “The New Zealand Bill of Rights and Constitutional Convention” (2013) 11 NZJIPL 19-28).

Webber and Gee are not entirely accurate to say that none of the three comparable jurisdictions enjoy international supervision (though whether the UN Human Rights Committee has the status of a court has been the subject of controversy). New Zealand, Canada and Australia have acceded to the First Optional Protocol to the International Convention on Civil and Political Rights which gives a citizen access to the UN individual complaints mechanism once his or her domestic remedies have been exhausted. Only a handful of cases make it this far and the political enforcement mechanisms are significantly weaker than in the ECHR. Neither does the Human Rights Committee hear sufficient numbers of cases or from comparable countries to develop a helpful jurisprudence or aspirational standards. By comparison New Zealand judges regularly cite the European Court of Human Rights, UK courts, and Canada when applying tests such as whether a rights limiting measure is “demonstrably justified in a free and democratic society”.

The New Zealand model certainly gives Parliament greater power vis a vis the judges and the international dimension. But if the objective is to give Parliament an informed say in human rights protection both the Victorian and Canadian Charters improve on the New Zealand model. In the Canadian case, courts may strike down rights-infringing legislation. Usually this takes the form of a suspended declaration of invalidity which gives Parliament time to remedy the situation. Parliament may invoke the notwithstanding clause if it nevertheless wants the statute to remain extant. The suspended declaration automatically revives after 5 years thereby forcing reconsideration of the measure. The Victorian statute, like the UK, allows interpretative remedies. The Victorian test is, however, much weaker in that judges must not undermine the purpose of the impugned statute through a rights consistent interpretation. Courts are empowered to make “declarations of inconsistent interpretation” (similar to a declaration of incompatibility) which do not affect the validity of the provision but prompt the Minister to justify the measure to Parliament. Like Canada, the legislature may explicitly pass a measure which a court may find to be incompatible with the Charter. The Minister has to justify such a measure to Parliament through a so called “override declaration”. Both the “notwithstanding” and “override” clauses are examples of a kind of “sovereignty safety valve”. They are exceptional powers and neither of them has actually been used.

There are lots of ways in which the UK Parliament could be given a greater role in defining and upholding rights. Adoption of the Victorian model would reinforce the role of the UK Parliament as at the centre of rights definition and protection. Adoption of the Canadian model of strong judicial review with an ultimate Parliamentary override would have the effect that fewer UK claimants would need to take their cases to Strasbourg.

But if the possibility of recourse to the Strasbourg Court is at the heart of the objection to the Human Rights Act 1998, neither of these models resolves the issues. Indeed, adoption of these alternative models would exacerbate tensions. There would be potential for even more direct conflicts between the UK Parliament and the Strasbourg court about what rights protection requires.

Janet McLean is Professor of Law and Associate Dean (Research) at the Faculty of Law, University of Auckland.