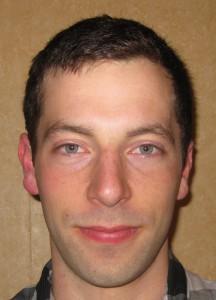 Relaxed standing tests for judicial review are critical to maintain the rule of law. Too restrictive, and the executive may act unlawfully – safe in the knowledge that judicial oversight is precluded by the courts’ doors being closed to the public-spirited litigant. In certain circumstances, restrictive standing tests can leave illegal executive action essentially unchallengeable.

The efficacy of liberal standing rules in England and Wales in impeding executive foul play can be seen in Chris Grayling’s recent (now dropped) proposal to limit the ‘sufficient interest’ test. His frustration with judicial review as a tool for “Left wing campaigners” to subvert the political process is not the legal malaise he claims – rather, the occasional thwarting of the executive through the courts is part of a healthy constitutional settlement.

In Scotland, the main threat to standing is not a Justice Secretary with dubious motivations – indeed, a statutory ‘sufficient interest’ test has recently been introduced (Courts Reform (Scotland) Act 2014, S89) – but instead the entrenched private-law traditions of the Scottish judiciary. Historically, the (judge-made) Scottish test for standing was highly restrictive, requiring that a litigant showed ‘title and interest’. It was also inconsistently developed and difficult to interpret, leading to Mitchell’s suggestion in 2010 that it was “in a mess”. The test was dismantled in 2011 by the Scottish Justices of the UK Supreme Court in AXA, a decision which was reinforced in Walton in 2012. (For a previous post on AXA on this blog, see here.) Lord Reed explained in Walton that a restrictive approach to standing is unsuited to the courts’ “constitutional function of maintaining the rule of law” (para 90) – and the Justices in both decisions made it clear that a personal interest in the litigation is no longer required in standing for judicial review in Scotland, if a litigant is acting in the public interest. It was thought that this message had filtered into the Scottish judicial consciousness.

However, 2015 has seen the restrictive standing spectre return to stalk the corridors of the Court of Session. In The Christian Institute decision of the Outer House, an unsuccessful challenge was made to the Scottish Government’s plans to introduce a ‘named person’ scheme in the Children and Young People (Scotland) Act 2014. The scheme aims to assign a ‘named person’ to each child up to the age of 18 in Scotland, with the intention that there is a single point of contact to access services and someone to raise concerns for a child’s welfare if necessary. It has been promoted as a means of protecting vulnerable children and providing advice for families – such schemes already exist in several parts of Scotland (although without a formal, statutory basis). Despite its ostensibly benevolent aims, it has met considerable opposition – a variety of civil society actors, faith groups and the Scottish Conservatives have criticised the scheme as an unnecessary intrusion of the Scottish state into the family sphere. The Christian Institute (one of the litigants in this case), describe the proposals as “trampling on parents’ rights”.

While the consequences of The Christian Institute are critically important for the care of Scottish children, this comment focusses on its implications for the interest of all of Jock Tamson’s bairns in standing for judicial review, and ultimately the rule of law, in Scotland.

The Christian Institute – Restrictive Standing Raised from the Grave?

The challenge was raised by seven petitioners. Although petitioners five to seven (parents and opponents of the scheme) had standing, Lord Pentland found that petitioners one to four (a collection of faith and children’s interest groups – The Christian Institute, Family Education Trust, The Young ME Sufferers Trust and Christian Action Research And Education) lacked standing on several grounds:

S100 of the Scotland Act makes clear that only those who would qualify as ‘victims’ for the purposes of Article 34 of the ECHR can rely on Convention rights. As ‘interest groups’ whose own Convention rights were unaffected by the Children and Young People (Scotland) Act 2014, the four petitioners lacked standing on this ground. So far, uncontroversial.

Lord Pentland acknowledged that Walton requires the courts to avoid adopting an unduly restrictive approach to standing in public law proceedings. However, in his view petitioners one to four were, “not in any realistic sense directly affected” (para 93) by the Act – and therefore lacked standing.

He distinguished petitioners one to three, from petitioner four. Petitioners one to three were not ‘directly affected’ by the Act for the reasons that: (a) they did not participate in the consultation exercise preceding the Act, and (b) they did not contribute to the legislative scrutiny of the Act (para 93). He concluded that they failed to show a “genuine concern” (para 93) about the legislation before litigation. For petitioner four, standing remained lacking because although they responded to the call for evidence at the legislative scrutiny stage, their response was “too insubstantial to engender a sufficient interest” (para 93) as it was made in “in general terms, that the rights of others might be eroded and could be infringed by the legislation and that public officials might act in a particular manner” (para 93).

He added that their involvement was unnecessary to maintain the rule of law – because the standing of petitioners five to seven was assured (para 94). Lord Pentland was correct in that the continued involvement of the remaining petitioners ensured that the judicial review could be brought and the rule of law maintained; however, the implication is that there is now a variable standing test dependent on the numbers of petitioners involved. While there may be advantages of such a rule in terms of reducing pressure on the courts’ resources – it risks complicating the law for potential litigants and fragmenting the standing test.

Furthermore, petitioners one to four lacked standing due to their failure to demonstrate, “sufficient levels of expertise and knowledge in matters concerning child welfare and children’s services to support their claims of entitlement to act in a representative capacity” (para 95). To support his reasoning he claimed that the first and fourth petitioners (The Christian Institute and Christian Action Research and Education), “are Christian charities, but the legislation does not affect questions of religion in any meaningful sense” (para 95). The second petitioners (Family Education Trust), were “an educational charity researching the causes and consequences of family breakdown and issues relating to the family, but their activities are not focussed on systems and methods for providing public services relating to children” (para 95). The third petitioners (The Young ME Sufferers Trust) meanwhile, were “a charity supporting children and young people with ME (and their families). The legislation is not concerned with that condition” (para 95). He concluded that petitioners one to four were therefore not entitled to bring the judicial review, “on behalf of other persons who might potentially have the requisite standing to challenge Part 4 of the Act” (para 95).

Petitioners one to four are clearly interested in the welfare of children in Scotland. However, by Lord Pentland’s logic, representational standing for such interest groups in children’s matters is only to be afforded in the narrowest of circumstances where the aims and interests of the groups correspond exactly with the issues involved in the litigation. There may be an argument to be made that his reasoning would accord with some of the English and Welsh jurisprudence on standing – however, no authority was cited in support of this.

If his reasoning is followed to its conclusion, then petitioners one to four would have to be focussed specifically on systems and methods for providing public services relating to children – a general interest in children’s welfare is insufficient. Furthermore, no test was offered to allow future petitioners to assess whether they possess ‘sufficient levels of expertise or knowledge’. The effect of this judgement for Scottish public law more broadly is that the scope for public interest litigation is narrowed – petitioners seeking to use judicial review will be required to demonstrate a particular, narrow interest. This skirts dangerously close to a rights-based approach to standing, and neglects the broader societal interest in the maintenance of the rule of law.

The Christian Institute is one of a line of cases demonstrating what appears to be a pervasive misunderstanding amongst the Scottish judiciary of the importance of relaxed standing rules for judicial review, and a tendency to inappropriately apply private law concepts in this area. The petitioners have indicated that they will appeal, and it is hoped that the Inner House will correct an errant decision which threatens recent positive developments in standing for judicial review in Scotland.

Ben Christman is a PhD candidate in the School of Law at Queen’s University Belfast. He thanks Gordon Anthony for his thoughtful comments on an earlier draft.